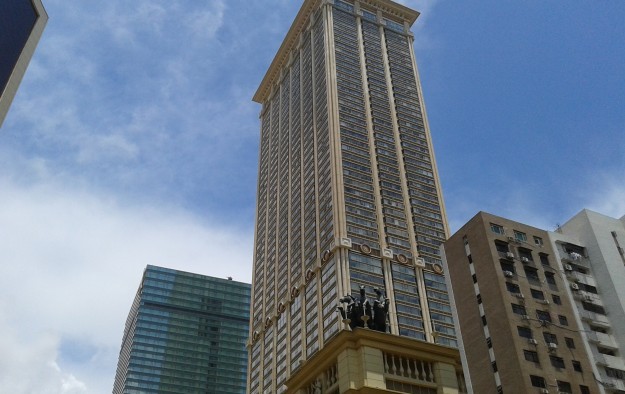 Macau’s casino industry is facing a new alleged fraud case in the VIP room segment. The city’s police have confirmed receiving a complaint claim by a representative from the casino at L’Arc (pictured), a casino hotel on Macau peninsula. The case involves funds totalling HKD99.7 million (US$12.9 million).

A spokesman for the Judiciary Police told reporters on Tuesday that the force had received the complaint on January 3. He added that investigations were ongoing and that no suspects had been arrested so far.

According to some media reports, the case involves a senior staff member from L’Arc responsible for overseeing VIP rooms directly managed by the casino. The person was said to have been working at the property for more than five years.

The casino is part of the business interests of businesswoman Angela Leong On Kei, the fourth consort of SJM Holdings’ founder Stanley Ho Hung Sun. She is also a shareholder and executive director at SJM Holdings.

Talking to reporters on Tuesday about the fraud case, Ms Leong said she was not directly involved in the day-to-day operations of L’Arc, reported local newspaper Macau Post. Ms Leong added she expected police investigations to achieve swift results.

This was the third high profile fraud case in Macau’s casino VIP segment in fewer than two years.

Macau’s current cycle of troubles began in April 2014, when a junket operator called Huang Shan – who had offered what was described in some reports as a monthly “dividend” of 2.5 percent to junket investors in exchange for junket capital – fled with an amount reported to be as much as HKD10 billion.

Deutsche Bank AG in Hong Kong said in a note on Tuesday that the latest fraud case would potentially trigger Macau’s casino regulator – the Gaming Inspection and Coordination Bureau, also known by its Portuguese acronym DICJ – to tighten regulations.

Analyst Karen Tang wrote: “While the amount is smaller than in previous times, this incident will likely prompt the new DICJ head [Paulo Martins Chan] to tighten regulations on junkets, especially the way junkets raise capital.”

Mr Chan, a former assistant public prosecutor-general in Macau, has publicly said that the government needs to improve the legal framework for the city’s gaming industry in order to strengthen oversight of it. Mr Chan succeeded Manuel Joaquim das Neves, who retired after almost two decades as director of the bureau.

“If Macau tightens junket regulations, we feel that more small junkets will go out of business after Chinese New Year [February 8], and even [the] bigger junkets may face redemption pressures,” stated Deutsche Bank’s Ms Tang.

The Macau government in October introduced new guidelines to improve transparency in the junket sector. DICJ said at the time that all junket operators would have to compile monthly accounting reports starting in 2016.