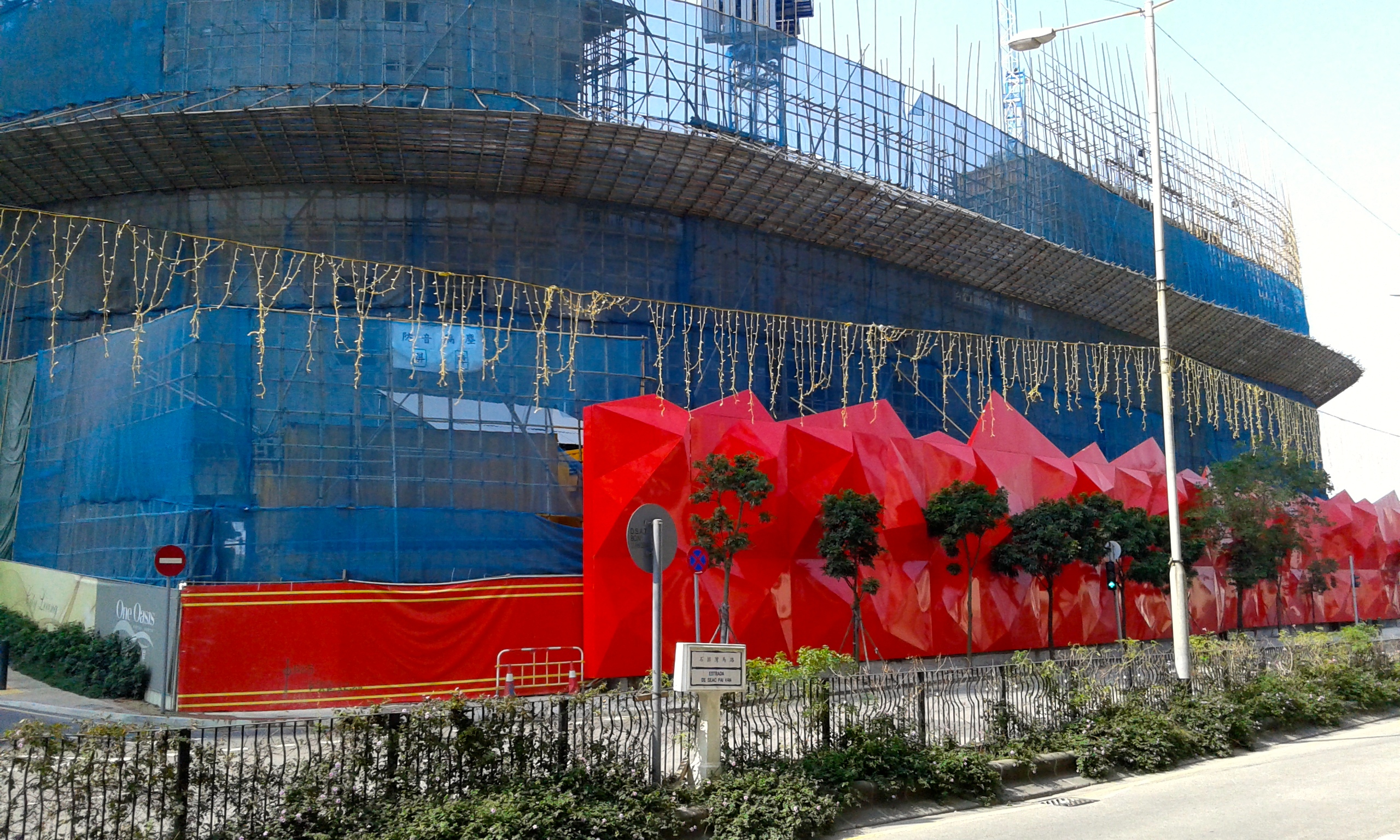 The management at Hong Kong-listed Louis XIII Holdings Ltd says it plans to open its new boutique casino property in Macau on July 1, 2016, as construction is slightly ahead of schedule.

Previously the firm had mentioned that Casino Louis XIII (pictured) on the Cotai-Coloane border was likely to open in “the summer” of that year.

The firm gave the July 2016 date during the Daiwa Consumer and Gaming Conference Hong Kong 2015, according to a note from Daiwa Securities Group Inc issued on Monday.

“As it stands, the construction of the Louis XIII property is one to two weeks ahead of the company’s internal timeline,” said the note from analysts Jamie Soo and Adrian Chan. In November the scheme was described as a US$1.1 billion project.

In late February, Daiwa had noted that a much larger project – the US$4.1-billion Wynn Palace – was unlikely to be ready by company chairman Steve Wynn’s preferred deadline of Chinese New Year 2016, which that year will fall on February 8. Daiwa cited “slower-than expected [Macau] government approval for labour” as a contributing factor.

The brokerage’s latest note said that as of Monday, Louis XIII had 750 construction workers on site, with the number “expected to increase to 1,700 to peak in October to November 2015” period.

The main contractor on Louis XIII is Paul Y. Engineering Group Ltd. It is a subsidiary of Louis XIII Holdings and has also worked on other major Macau infrastructure schemes.

Monday’s note from Daiwa didn’t mention table numbers for the property, or which Macau casino operator it would rely on for its gaming licence. It will operate under what is known in Macau as a service agreement, using the rights of one of the existing six casino concessionaires.

Louis XIII had said in previous filings it would operate 66 gaming tables – 50 premium mass and 16 VIP.

Daiwa did mention the property would have 200 hotel rooms described as “the largest in the world” with the core 171 rooms providing a standard duplex layout of 2,000 square feet (186 sq metres). The 29 suites will be entitled to a gaming table for private in-suite gambling.

“Upon flipping a switch, a table on the public gaming floor will be closed and guests of the suite will have a private gaming table,” said Daiwa, quoting company management.

Most of the high limit premium mass tables will be on the first floor and 16 VIP salons on the second and third floor. Each VIP salon and food and beverage outlet will have its own open-air terraces for smokers.

“Management believe that will give Louis XIII a competitive edge against other operators should a full [Macau] indoor smoking ban come into effect, as anticipated by the market,” wrote Mr Soo and Mr Chan.

Most of Macau’s casino operators are likely to generate positive free cash flow in the first quarter, given the robust recovery level of mass-market gross gaming revenue (GGR) in January, relative... END_OF_DOCUMENT_TOKEN_TO_BE_REPLACED