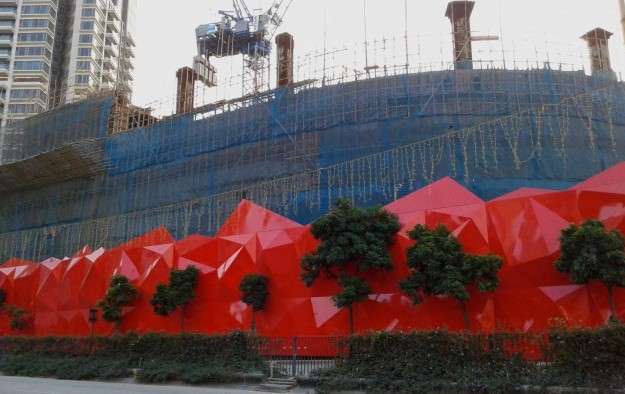 The holding company of boutique Macau casino hotel project Louis XIII (pictured) is seeking to raise up to HKD3.03 billion (US$390.7 million) in additional funds through the placing of shares and convertible bonds. Brokerage CLSA is acting as the placing agent.

Approximately HKD1.43 billion of the new money is for “contemplated design upgrades related to the fit out of the interiors of the hotel development in Macau,” said Louis XIII Holdings Ltd in a filing on Thursday.

In a separate filing of its interim results the same day, the holding firm said it had made “substantial progress” on the casino project during the six months to September 30.

It added: “Detailed design work for the [casino] hotel is now approximately 85 percent completed. The group is well positioned to hit its target of completing approximately 75 percent of the tender process by the end of 2014.”

Capital costs of the project were last year estimated at US$800 million.

Casino Louis XIII will operate 66 gaming tables (50 premium mass and 16 VIP) according to previous regulatory filings. It will do so under a so-called ‘service agreement’ with an existing Macau concessionaire or sub-concessionaire, although the identity of the licence provider has not so far been confirmed by the holding company.

In a note on Wednesday, Daiwa Capital Markets analysts Jamie Soo and Adrian Chan based in Hong Kong said of the planned property: “Management noted that the minimum buy-in to even enter the property would be HKD300,000, and minimum bet per hand of HKD10,000; a far cry above current Macau premium mass floors of HKD2,000.”

In its latest results filing Louis XIII Holdings acknowledged that the anti-corruption drive in mainland China could result in the Macau market as a whole seeing a lower level of VIP revenue growth than previously.

It stated: “We believe that the anti-corruption drive will likely continue through the medium term, resulting in a rebasing of VIP revenue at a lower level before normalised growth can continue. We believe that mass segment retains solid growth fundamentals but will likely experience slower growth over the next few years due to the severe capacity constraints currently existing in Macau.”

Louis XIII Holdings also has contracts in Macau, Hong Kong and Singapore for services ranging from construction to civil engineering and property management.

The loss attributable to owners of the company for the six months to September 30 narrowed by 65 percent year-on-year to approximately HKD18 million, due mainly to an increase in gross profit and savings in operating costs, the firm said. Basic loss per share was HKD0.04.

For the six months to September 30, the group recorded a consolidated turnover including joint operations of approximately HKD3.65 billion, a year-on-year decrease of 12 percent, “due primarily to the group’s cautious tendering approach,” it stated.

Gross profit increased approximately 4 percent year-on-year to about HKD133 million due to higher margin from the group’s Macau projects.

In September Louis XIII Holdings said it had placed a US$20-million order for 30 extended-wheelbase Rolls Royce Phantom motor cars to serve its prospective casino customers – the largest such fleet in the world.

Most of Macau’s casino operators are likely to generate positive free cash flow in the first quarter, given the robust recovery level of mass-market gross gaming revenue (GGR) in January, relative... END_OF_DOCUMENT_TOKEN_TO_BE_REPLACED