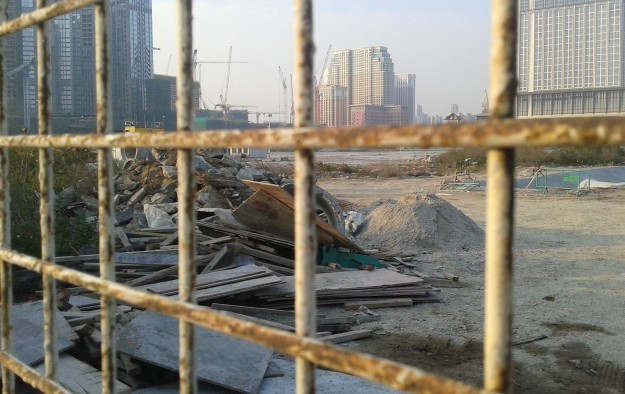 February’s official numbers – issued on Tuesday by the local regulator the Gaming Inspection and Coordination Bureau – showed a near 49 percent decline year-on-year.

However seven analyst teams whose work was sampled by GGRAsia note the February headline number needs to be adjusted for variables including: the difficult comparison with February 2014 (when gaming revenue rose 40.3 percent year-on-year); the reclassification by Macau operators beginning late last year of some tables from mass market to VIP – in some instances to enable smoking at those tables; and the shifting date of Chinese New Year, which is determined according to the lunar calendar. Another factor to be accounted for in all months is the casino hold rate.

Once such factors are accounted for, the consensus is that the “normalised” decline for February GGR was more like 35 percent year-on-year.

Meanwhile analysts’ latest estimates for March are based in part on average daily revenue (ADR) at the end of February and the first few days of March. The ADR number is in turn based on unofficial industry returns; on which not all research houses choose to rely.

The most bearish view on March comes from Daiwa Securities Group Inc analysts Jamie Soo and Adrian Chan. They wrote in a note on Tuesday: “We expect March to disappoint and forecast 42 percent to 43 percent year-on-year drop in GGR.”

They added: “We continue to foresee pressures for the mass segment this year, driven by: losses of ancillary services that were historically provided by junket operators, a continual decline in the average per customer spend, due partly to the shift in the tourist mix to lower spending tour groups, [and] further heightening of scrutiny on border controls.”

They continued: “We are likely to see a further decline in mass revenue growth in March given last year’s high base, which was largely due to an increase in returning customers driven by premium programmes offered over the Lunar New Year.”

“Based on the full-month GGR story, daily GGR picked up significantly in the final days of the month, which also represented part of the traditional ‘boom’ period after Chinese New Year,” wrote Grant Govertsen and Felicity Chiang of Union Gaming in their Tuesday note after the official aggregate figures for February were issued.

“We estimate that daily GGR [end-February] was approximately MOP1.1 billion [US$137.7 million], or more than two times the daily run-rate leading up to CNY,” they added. The firm didn’t venture an estimate on the market’s likely performance for March.

Anthony Wong and Angus Chan of UBS stated regarding February: “The implied daily revenue in the last few days of the month was strong at around MOP1.1 billion: we note VIP activities were busier in the latter part of Chinese New Year, compared to very low activities in CNY days three to five.”

UBS said in the same note: “We forecast March GGR to drop between 29 percent and 38 percent year-on-year.”

Mr Bain nonetheless added: “We forecast March GGR growth to end between -36 percent and -41 percent. While this result would be optically unexciting on its face, we continue to expect February GGR growth results to mark the bottom with March ending second to February in terms of growth.”

“Based on current ADR, we believe March gaming revenue growth could be closer to -35 percent, versus our -25 percent estimate.” But they added that still represented “downside risk to our first quarter and 2015 estimates”.

A team from Japanese brokerage Nomura, consisting of Harry Curtis, Kelvin Wong and Brian Dobson, said they expected Macau’s March tally to be down 35 percent year-on-year.

Referring to the strong end to February, they stated: “In the very near term, we expect the stocks to react positively from one week’s results, but the intermediate-term outlook has not changed, in our view. We expect the consensus for Macau’s 2015 GGR (down mid- to high-single digits) to be closer to our down 19.6 percent, implying that a supply-driven second half recovery is increasingly unlikely. The gain from the incremental grind mass revenues most likely cannot offset the loss of premium mass and VIP revenues.”

Credit Suisse AG analysts Kenneth Fong and Isis Wong wrote on Tuesday: “Fundamentals continue to worsen. Aggregating January and February to smooth out the timing of Chinese New Year, the GGR was down 35 percent year-on-year, deteriorating from -30 percent year-on-year in December, even without the traffic control around President [Xi Jinping’s] visit.”

They added: “Moreover, the ADR during January and February was MOP734 million, which was also worse than December’s MOP751 million, suggesting fundamentals are yet to bottom. Looking ahead, we believe the weekly ADR could potentially weaken further into March on more junket closures after Chinese New Year and slower premium mass (drag by VIP).”

According to the brokerage, Sands China Ltd led the market last month, with a market share by GGR of 23.3 percent, followed by SJM Holdings Ltd with 23.1 percent. Galaxy Entertainment Group Ltd was third with a 21.5-percent share of the market.

Singapore has the potential to be a “top choice” for Chinese outbound travellers, once the country reopens and eases travel restrictions associated with the Covid-19 pandemic, suggested... END_OF_DOCUMENT_TOKEN_TO_BE_REPLACED