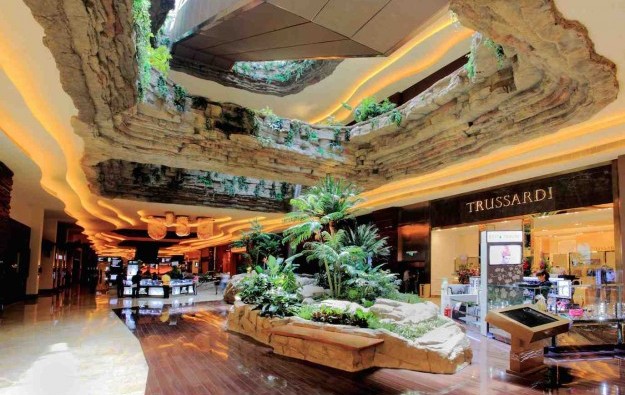 The opening of the third phase of the shopping mall – called Shoppes at Cotai Central – brings the total number of stores to 140 and increases the size of the mall in operation by 70 percent, the company said in a press release.

“A total of 34 new retail shops will be welcoming customers to the expanded family-oriented shopping centre this month,” it stated.

Sands China is currently expanding the property with a St. Regis branded hotel and mixed-use tower, forecast to be completed late next year.

The company stated the mall “caters specially to families”. Some of the new tenants include home decor brand Zara Home and variety store Marks & Spencer (opening in August), both of which are new to Macau.

During next spring, Sands China aims to open ‘Planet J’ at Cotai Central. The venue will be “the first-ever player-centric live action role playing theme park in the world,” the company said.

In 2013, the Sands Cotai Central shopping mall attracted more than 8.5 million visitors and generated over US$260 million in sales, according to Sands China data.

“The physical interconnectedness of Shoppes at Four Seasons, Shoppes at Venetian and Shoppes at Cotai Central creates a ‘one-stop’ shopping destination for local consumers and tourists,” Mr Sylvester said. Together, the three malls offer around 600 shops.

“Our retail strategy is to accommodate the needs of different consumer demographics, and connect them with the retail brands that most appeal to them at the three distinctly themed Shoppes,” he added.

The stock prices of Hong Kong-listed firms directly linked to Macau casino operations rose in Monday trading, following the Saturday announcement that the six incumbent licensees had each been... END_OF_DOCUMENT_TOKEN_TO_BE_REPLACED