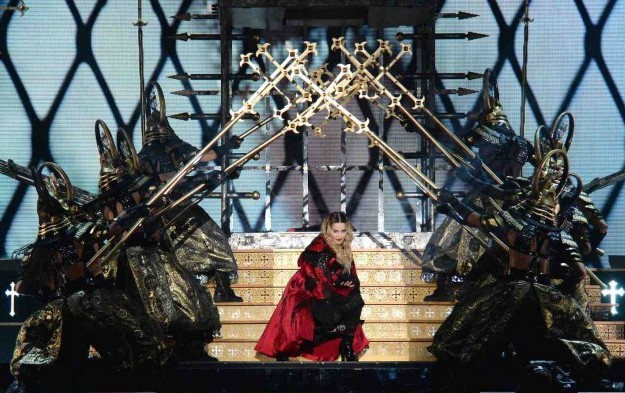 Melco Crown Entertainment Ltd on Tuesday announced that U.S. pop singer Madonna (pictured) will perform at the Studio City casino resort, in Macau’s Cotai district, on February 20 and 21 next year.

Madonna is the first international star scheduled to perform at Studio City’s Event Center. The inaugural concert at the venue will be by Hong Kong Cantopop singer Aaron Kwok, on November 7.

Melco Crown has a 60-percent stake in the US$3.2 billion Studio City casino resort. The venue is scheduled to open on October 27.

“The fact that Studio City can attract and fully accommodate live performances from the world’s biggest stars on their world tour circuits, demonstrates our commitment and desire to support Macau’s leisure entertainment destination proposition,” said Studio City president JD Clayton in a statement.

By hosting large-scale gigs from regional and international stars, Studio City will be in direct competition with the Venetian Macao, which opened in 2007. That property’s Cotai Arena is currently the only venue in Cotai regularly putting on that type of show. The Venetian Macao, owned and operated by Sands China Ltd, is hosting two concerts from U.S. rock band Bon Jovi on September 25 and 26.

Bon Jovi’s concert tour in mainland China, to take place this week, was cancelled for “unforeseen reasons”, according to the promoters. Several media outlets linked the cancellation to the discovery, by China’s Culture Ministry, that the band had once included a picture of the Dalai Lama in a video backdrop during a concert in Taiwan in 2010. Sands China has said the concerts in Macau are going ahead as scheduled.

Paradise Co Ltd, an operator of foreigner-only casinos in South Korea, reported casino revenue of nearly KRW48.65 billion (US$39.8 million) for January 2023, according to a Thursday filing to the... END_OF_DOCUMENT_TOKEN_TO_BE_REPLACED