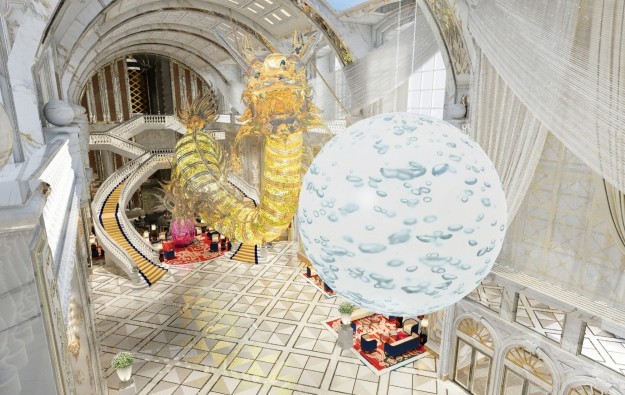 The main shareholder of Imperial Pacific International Holdings Ltd – a firm with the sole right to run a casino on the Pacific island of Saipan – is to provide it with an interest-free loan of HKD150 million (US$19.3 million).

Inventive Star Ltd, a British Virgin Islands-registered firm wholly owned by businesswoman Cui Li Jie, will make the loan by subscribing for one billion shares in Imperial Pacific at a subscription price of HKD0.15 per unit. The proceeds will then be loaned for two years “to finance the group’s general working capital”.

Imperial Pacific announced the move to the Hong Kong Stock Exchange, after trading hours on Friday.

The same filing said that an independent third party had agreed to subscribe for an equal amount of shares at the same price, in order to raise a further HKD150 million.

Imperial Pacific said the latter sum would be used to offset a loan for that amount, owed to the subscriber. The filing said the subscriber was Ally High Ltd, a British Virgin Islands-registered firm wholly owned by a person called Wu Mui.

In other developments, EJ Insight, the English-language edition of the Hong Kong Economic Journal, on Monday quoted Mark Brown, chief executive of Imperial Pacific, as saying the firm was asking the United States government for permission to raise to 20,000 the ceiling in the number of overseas employees permitted to work in the U.S. Commonwealth of the Northern Mariana Islands (CNMI), of which Saipan is the main island.

The current cap stands at 12,999 workers, according to the report. The outlet quoted Mr Brown saying the firm currently had 3,000 employees for its current temporary casino and aimed to have as many as 15,000 in the future.

The media outlet additionally reported that under a current work visa scheme for CNMI, the number of non-immigrant workers allowed under the “CW-1” programme would be decreased every year until it reaches zero by the end of 2019.

Imperial Pacific currently has a temporary casino at Garapan, but is building a new property that it says is due to open by Chinese New Year 2017. It is to be known as Imperial Pacific Resort (pictured in an artist’s rendering), according to an August filing by the firm.

EJ Insight further reported on Monday that the permanent casino would open on January 28, 2017, the actual day of Chinese New Year for that year under the lunar calendar.

Imperial Pacific has pledged in filings to invest as much as US$7.1 billlion in Saipan.

The imminent return of package tours from mainland China will not only help boost Macau’s tourism businesses, but is also expected to help casinos gain more foot traffic in their mass gaming... END_OF_DOCUMENT_TOKEN_TO_BE_REPLACED