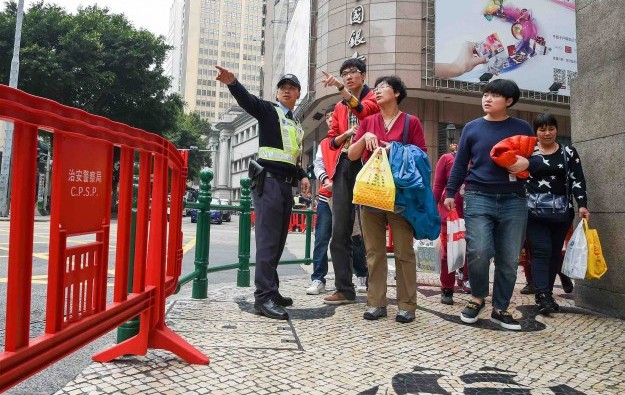 Macau welcomed a record 1.14 million independent travellers from mainland China in February, up by 38.9 percent year-on-year, according to data from the city’s Statistics and Census Service.

Total visitor arrivals for the month increased by 4.5 percent from the prior-year period to 2.68 million, which the statistics bureau attributed to the Chinese New Year holidays, which this year started on February 19.

The increase was mainly due to a rise in mainland visitors, up by 10.7 percent year-on-year to 1.90 million. Mainland visitors accounted for 70.9 percent of all visitors in February.

The mainland visitors travelling under the Individual Visit Scheme (IVS) accounted for 60 percent of all Chinese travellers coming to Macau in February, the data show.

The IVS was first implemented in four cities in Guangdong, the Chinese province neighbouring Macau, and expanded several times between July 2003 and January 2007. The number of cities under the IVS currently stands at 49. The system allows mainland passport holders to visit Macau and Hong Kong as independent travellers rather than as part of a tour group.

The Macau government in February announced it would discuss with Beijing a possible adjustment and improvement of the IVS, as the government says it seeks to find a balance between tourism capacity and local residents’ quality of life.

A new study by Macau’s Institute for Tourism Studies said the city’s optimum tourist carrying capacity stood between 32.6 million and 33.7 million visitors in 2014, or 89,374 and 92,325 tourists a day. Macau welcomed 31.5 million visitors last year, according to official data.

Macau casino operator MGM China Holdings Ltd had a “record” market share in January, and its venues were the “highest-earning businesses” in the portfolio of the majority owner MGM Resorts... END_OF_DOCUMENT_TOKEN_TO_BE_REPLACED