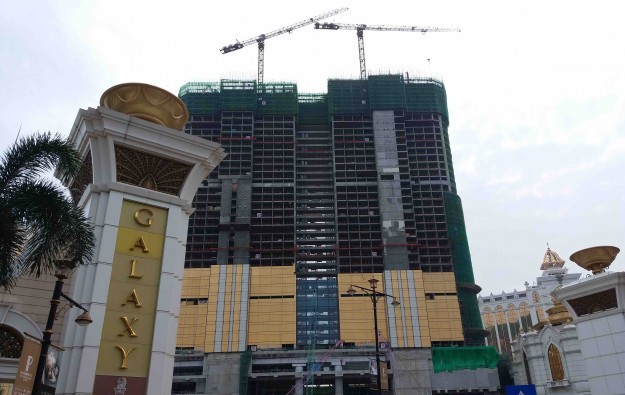 Macau’s Labour Affairs Bureau told GGRAsia it has completed an investigation into a triple-fatality incident in late March at a worksite for Galaxy Macau’s Phase-3 expansion, a project promoted by Galaxy Entertainment Group Ltd.

A “main cause” was “due to the collapse” of “overloaded scaffolding,” which had a “lack of maintenance and was stocked up with too many articles,” the bureau told us in a statement via email on Thursday.

Seven workers from mainland China were clearing some articles in a lift shaft on the site on March 24, when some scaffolding collapsed and fell onto those workers. Three died and four survived but with injuries.

The labour bureau also said on Thursday that work at height – that had been suspended at the relevant location pending the probe – had been permitted to resume on April 29.That was after the bureau had reviewed the relevant contractor’s site-safety improvement plans and inspected safety measures that had been implemented.

The bureau said penalties had been imposed on the relevant contractor under Decree-Law No. 44/91/M, but didn’t give details of the penalties.

Galaxy Entertainment has said in previous corporate materials that Phase 3 (pictured in a file photo) will have casino space; a large-scale arena with 16,000 seats; and 400,000 square feet (37,161 sq metres) of meetings, incentives, conferences and exhibition (MICE) space. An Andaz hotel – a brand of Hyatt Hotels Corp – will also be featured in Phase 3.

Several investment analysts had said last week that the opening of Galaxy Macau Phase 3 was more likely to be “mid-2021” than “early 2021”, citing a number of headwinds that the project encountered, including supply-chain disruption due to the Covid-19 pandemic.