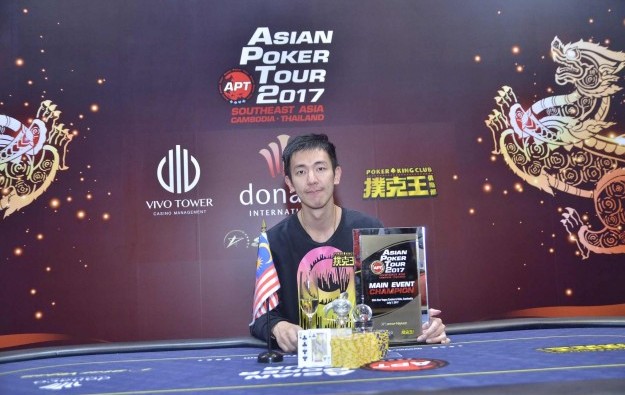 Malaysian poker player Aik Chuan (pictured) was the winner of the main event of the Asian Poker Tour (APT) Southeast Asia 2017. The player took home US$14,790, according to a Friday press release from the tournament organisers.

Mr Chuan became the first-ever APT Southeast Asia 2017 main event champion. It was also the first time that he won the main event of an ATP tournament.

The APT Southeast Asia 2017 was held at Cambodian casino venue Star Vegas Resort and Club, a property owned and operated by boutique casino investor Donaco International Ltd. The event coincided with the launching of a poker room under the brand Poker King Club.

The next event in the APT’s calendar is the APT Philippines 2017, to be held from July 19 to 27, at the Winford Hotel and Casino.