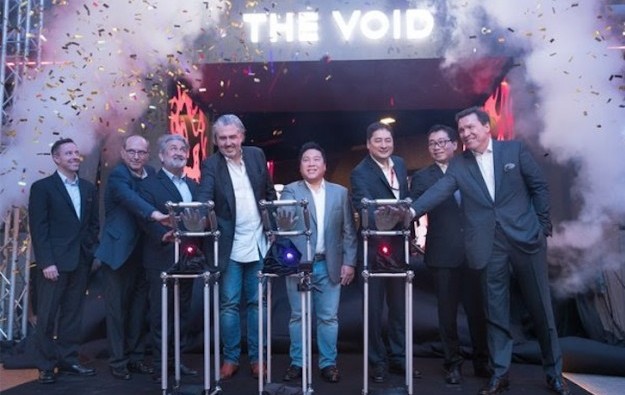 Resorts World Genting’s VR centre features two titles developed by The Void LLC in collaboration with Lucasfilm’s Immersive Entertainment division, ILMxLAB. They are: “Star Wars: Secrets of the Empire”, described as a marquee title for The Void; and “Ralph Breaks VR”, inspired by the animation film “Ralph Breaks the Internet” and created in collaboration with Walt Disney Animation.

“Genting strives to partner with global leaders in their fields and when it comes to virtual reality, The Void [LLC] represents the success of technology in extending the frontiers of hyper reality. We are indeed honoured to be The Void’s first location in their expansion plan in Asia,” said Edward Holloway, Genting Malaysia’s executive vice president of leisure and hospitality, in a prepared statement.

He added: “As for Resorts World Genting, this is a great leap forward in entertainment for us and we have invested an initial MYR10 million [US$2.4 million] to present this unparalleled level of immersion and interactivity to our visitors in Asia.”

Craig Watson, chairman and chief executive of The Void LLC, was also quoted in the release as saying that opening the firm’s first centre in Asia at Resorts World Genting “is a great start to our introduction to the region”.

Genting Malaysia is currently involved in a legal tussle a regarding what was supposed to be a Fox-branded theme park at Resorts World Genting. In November, the casino operator sued Fox Entertainment Group LLC and some related companies, as well as The Walt Disney Co – currently suitor to many of the Fox brand’s entertainment assets. The lawsuit is regarding a termination notice on a 2013 deal for use of Fox branding in the theme park.

Universal Entertainment Corp said in a Wednesday statement it hoped to get the Okada Manila casino operation listed in the United States even before a new September 30 deadline agreed with 26 Capital... END_OF_DOCUMENT_TOKEN_TO_BE_REPLACED