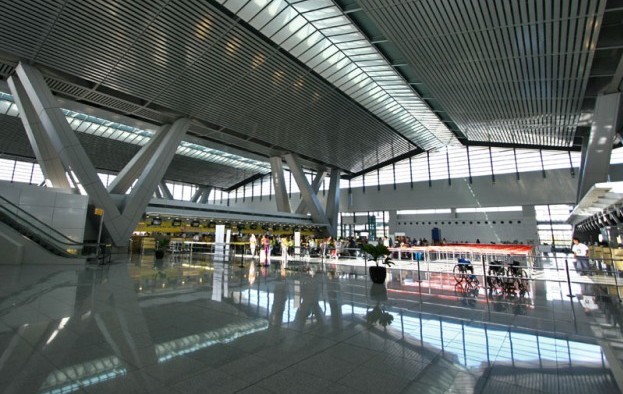 A revived plan to expand Manila International Airport (pictured) could assist the growth of the Philippines’ casino industry, a one time industry regulator told GGRAsia at the Global Gaming Expo (G2E) Asia 2014.

Christopher M. Tio is a former head of marketing and VIP services for Pagcor – the Philippine Amusement and Gaming Corporation, who now works for DFNN Group, an information technology provider based in the country’s capital Manila.

The airport revamp idea is being pushed by Ramon Ang, chairman of the Philippines’ biggest conglomerate, San Miguel Corp. In August 2010 it was reported that Mr Ang had offered the government of President Benigno Aquino the equivalent of US$10 billion to privatise Pagcor itself. The sum was said at the time to be nearly equivalent to one third of the foreign debt owed by the country’s government.

Now Mr Ang says he’s interested in brokering a deal worth US$10 billion among private investors to revamp the capital’s air transport facilities.

Ninoy Aquino International Airport handled about 30 million passengers last year at its three terminals – in excess of its official capacity of 28 million annually, according to data on its website.

Airline passenger numbers in the capital and nearby provinces will climb to 49.8 million in 2020 and reach 75 million by 2030 from 31.9 million in 2012, the country’s Transportation department claims, citing a Japan International Cooperation Agency study.

A number of options have reportedly been put to the Office of the President, including an alternative of building a new airport half an hour from Manila, and keeping the capital’s existing airport as a complementary facility. Another suggestion is to build afresh but close the existing one. The latter infrastructure is named in memory of the current president’s father. In 1983 Mr Aquino senior was assassinated on the airport tarmac on his return from exile during the Marcos regime.

“In the last few days the chairman of San Miguel sat down with the government and pointed out there is space for an additional runway [at the current airport],” Mr Tio told us. “San Miguel has also indicated interest in participating in a bid to build those [facilities] out,” he added.

But industry sources have told GGRAsia that the idea of closing the current airport could actually suit some vested interests in the Philippines. It would end the competitive advantage that the private sector gaming venue Resorts World Manila has in attracting foreign casino players. It sits across the road from the capital’s air hub and was opened in August 2009, well before the nascent Manila casino strip known as Entertainment City that is so beloved by the government as a driver of foreign tourism.

One source told GGRAsia: “Resorts World Manila is currently building an extension and shows no signs at the moment of moving on its proposed second resort at Manila Bay – something that Pagcor and the government wants it to do. The idea of moving the airport could be a threat to apply some leverage to Genting Hong Kong and Alliance Global Group [the joint venture partners] and get them moving on Resorts World Bayshore.

“Alternatively it could be a way of levelling the playing field for Bloomberry [Resorts, investor in Solaire Resort & Casino, which opened in March last year] and Melco Crown and Belle [investors in City of Dreams Manila, expected to open in October].”

Last year, the Resorts World Manila joint venture, known as Travellers International Hotel Group – postponed a share sale designed to raise money for the US$1.1 billion Resorts World Bayshore project. In July that year it said it was instead allocating US$600 million to expand its existing property.

Mr Tio believes that rather than conspiracy there is actually enough goodwill among administrators and politicians to make both Resorts World Manila and Entertainment City a success.

“The way we look at Entertainment City – coming previously from a government background – is it’s a chance to show that the Philippines can work, because it’s a contained area, where all the infrastructure is in a master plan,” he said.

“The improved perception of the Philippines won’t happen overnight. There are just too many things that are legacy issues. But it’s in the interests of investors, the private sector and the government to make this work.”

The Earth Tower, the second tower of the Sheraton Grand Macao hotel at the Londoner Macao casino resort on Cotai, is to be used to isolate people already confirmed with Covid-19 infection, the Macau... END_OF_DOCUMENT_TOKEN_TO_BE_REPLACED