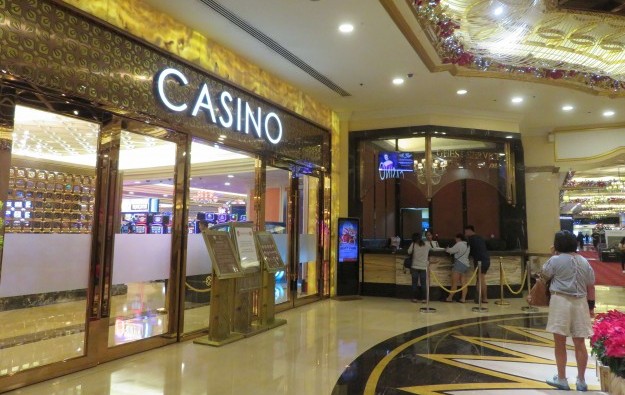 Two of Manila’s private-sector casino resorts have told GGRAsia that they are operating normally but “monitoring” developments regarding the Taal volcano, located in Taal Lake, fewer than 100 kilometres (62 miles) south of Metro Manila. There have been no reports of casinos in Metro Manila suspending their operations thus far, as a consequence of the volcano alert.

The volcano first had a fresh eruption on Sunday, after warning signs last year. The latest event sent ash 1.6 kilometres up into the sky, and buried the island of Taal itself under a thick layer of ash. Subsequent reports said the ash plume reached as high as 14 kilometres, which is near the upper edge of the Earth’s atmosphere.

The prevailing wind carried some ash as far as Manila, according to local media. It led to the suspension on Monday of air travel via Manila International Airport, with more than 240 flights cancelled, according to airlines using the hub.

In a Wednesday email, a spokesperson for the Resorts World Manila casino resort (pictured in file photo) – next door to the capital’s main airport – told GGRAsia that the venue “continues its regular operations while closely monitoring updates from the proper authorities”. Resorts World Manila is operated by Travellers International Hotel Group Inc.

The property’s statement added: “As an initial effort to extend assistance to its guests and employees, Resorts World Manila waived overnight [parking] fees at Newport Mall on January 11.”

“The hotels within the property also accommodate walk-in guests affected by the flight cancellations,” it stated, adding that it also “provides shuttle service for its employees who stay near the affected areas.”

A spokesperson from Okada Manila told us in a Tuesday statement: “To ensure the welfare of all its team members and guests, Okada Manila has implemented safety and precautionary measures to prepare for the possible effects of the Taal volcano’s recent activity.”

The person added: “All concerned business units are also monitoring the situation as part of Okada Manila’s efforts to keep the integrated resort a safe space.”

GGRAsia also approached other operators in the market asking for information on their planning regarding the volcanic eruption, but had not received replies by the time this story went online.

The country’s casino regulator, the Philippine Amusement and Gaming Corp (Pagcor), had said in an undated statement posted on its website, that the Sunday eruption had led to the “temporary closure” of its own-brand gaming property, Casino Filipino Tagaytay. The town of Tagaytay is near the northwestern shore of Taal Lake, about 67 kilometres south of Metro Manila.

Pagcor had said: “Since the Philippine Institute of Volcanology and Seismology, Department of Science and Technology, has raised Alert Level 4, imminent hazardous eruption is expected to affect Tagaytay City and nearby areas.”

The regulator added: “Resumption of operations of our casino branch in the city is indefinite as the safety of both our employees and customers is of foremost importance.”

GGRAsia has also asked Pagcor for information about its emergency planning for the industry in relation to the volcanic eruption, but had not received a reply by the time this story went online.

On Monday the Macau government issued a “Level 1 Travel Alert” relating to Luzon Island – including Manila and the Taal Lake area.

It warned Macau residents that intended to travel to Luzon or were already visiting it, “to be on alert and follow closely the development of the situation that might affect their personal safety there”.

On Tuesday the Philippine Inquirer news outlet said the volcanic eruption had caused the cancellation of a show due that day by Filipino-American stand-up comedian Jo Koy at the Pacific Grand Ballroom of Waterfront Cebu City Hotel and Casino in Cebu.

The story, citing the show’s promoter, mentioned “uncertainty of flight schedules” due to the ash cloud from the Taal volcano eruption

The Taal volcano’s most-recent major eruption before this year was 1977, although it has been active in five of the past 20 years prior to this January’s events, according to data from the Philippine Institute of Volcanology and Seismology.

Most of Macau’s casino operators are likely to generate positive free cash flow in the first quarter, given the robust recovery level of mass-market gross gaming revenue (GGR) in January, relative... END_OF_DOCUMENT_TOKEN_TO_BE_REPLACED