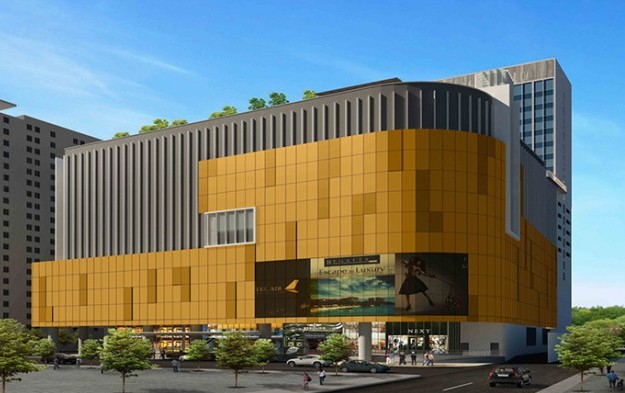 The new “gaming and entertainment” zone is on the ground floor of the Winford Hotel (pictured in a rendering), within the San Lazaro Tourism and Business Park.

The opening ceremony was performed by MJC Investments Corp, which is also listed on the Philippine Stock Exchange.

Manila Jockey Club’s 2014 annual report, filed on April 17 last year, mentioned that in March 2010 MJC Investments had been granted a permit by the country’s casino regulator, the Philippine Amusement and Gaming Corp (Pagcor), to set up and run a casino called Pagcor San Lazaro, within the San Lazaro Tourism and Business Park.

The permit was for a period of 10 years, “to commence on the date of actual operation of Pagcor San Lazaro”.

MJC Investments features the Winford Hotel on its company website, and says it is the first stage of a multi-phase development for San Lazaro Business and Tourism Park in Manila’s Binondo district, which the website describes as “the world’s oldest Chinatown”.

The associate firm defines itself in its own quarterly filing for the period ending September 30 as a holding company for the purposes of investment in real estate relating to residential and commercial uses, including “leisure, gaming, amusement and entertainment purposes”. It adds that the hotel – which the filing describes as “the Winford Hotel and Casino” is a 20-storey property on a 7,500-square-metre (80,700-sq-feet) plot. The filing said that MJC Investments had at the beginning of fiscal 2015, a balance of costs for “construction in progress” of PHP1.13 billion (US$24.0 million).

MJC Investments is described in Manila Jockey Club’s quarterly filing for the period ending September 30 – released in November – as an associate in which the firm has a 22.31 percent holding. The same filing said that in 2013 the Manila Jockey Club – as the parent organisation as of that time – had allowed a “group of strategic Hong Kong investors” to subscribe to MJC Investments’ majority shares of stock.

Manila Jockey Club’s 2014 annual report said that the parent company had started casino gaming operations in October 2003, as part of its “business diversification”; initially making an agreement with Pagcor to set up a “gaming pit and VIP Club” on the third floor of the Turf Club Building in Carmona, Cavite, in Manila.

The annual report said that for the gaming pit, Pagcor had leased from the company an area of 189 square metres (2,034 sq feet) for “card and table games”. The lease in question had started on July 10, 2013, and will end on July 9 this year.

As of its 2014 annual report filed in April 2015, Manila Jockey Club also said the firm had a total of 200 slot machines, 160 of them company-owned and 40 on “a revenue sharing arrangement with Jade Corp”.

Under a lease contract with Pagcor, Manila Jockey Club was required to supply 200 slot machines together with a floor management system. “In consideration thereof, the company shall receive 35 percent of the gross win as its share for the VIP club,”operated by Pagcor on club premises, said the club’s 2014 annual report.

The quarterly report ending September 30 said the 35 percent gross slot win consideration was “less winnings/prizes and 5 percent franchise tax” and the agreement would be in effect until June 30 this year.

China has moved one step closer towards reopening, by relaxing some its Covid-19 control measures, with most infected people now able to quarantine at home rather than in state-sanctioned... END_OF_DOCUMENT_TOKEN_TO_BE_REPLACED