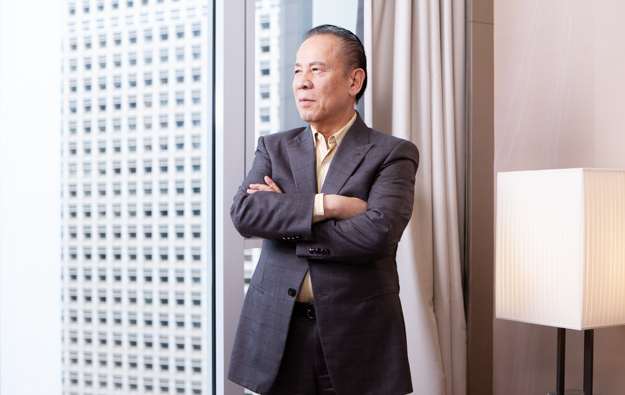 The Manila City Prosecutor’s Office dismissed a perjury case filed against gaming entrepreneur Kazuo Okada (pictured) “for lack of sufficient evidence and merit”. The case had been originally filed in November last year by the promoter of the Okada Manila casino resort, Tiger Resort, Leisure and Entertainment Inc.

In a 12-page resolution dated March 5 – made public on Thursday – the public prosecutor overseeing the case dismissed four counts of perjury against the Japanese businessman.

“A conviction of perjury cannot be sustained merely upon the contradictory sworn statements of the accused,” wrote senior assistant city prosecutor Francisco Salomon. “The prosecution must prove which of the two statements is false and must show the statement to be false by other evidence than the contradicting statement,” he added.

The Philippines instance of an alleged contradictory statement by Mr Okada related to a lawsuit filed last year by him to nullify his removal as shareholder, director and officer of Tiger Resort, Leisure and Entertainment.

Mr Salomon said in his resolution that the allegations in the complaint filed in Nevada reflected the opinions of Mr Okada’s lawyers on that particular case and offered no evidence Mr Okada “has knowledge thereof”.

“We cannot conclude or determine that the allegations of respondent Okada in the intra-corporate complaint [in the Philippines] are inconsistent or contradictory, if not diametrically opposed, to the allegations in the Nevada complaint,” said the prosecutor.

The Philippine Department of Justice in January dismissed one count of fraud against Mr Okada. But the businessman still has to answer to another fraud case, and a court in the Philippines in January ordered the arrest of the Japanese entrepreneur for allegedly misappropriating more than US$3 million from Tiger Resort, Leisure and Entertainment.