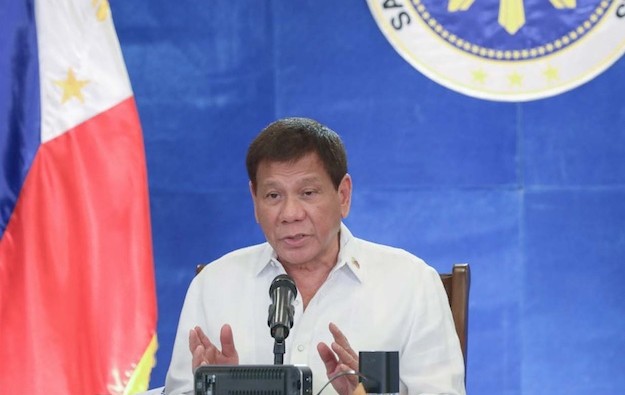 The Philippine leader, President Rodrigo Duterte (pictured in a file photo), approved on Friday the retention until February 28 of a general community quarantine for the National Capital Region – encompassing Metro Manila’s Entertainment City zone of private-sector casino resorts – and for Davao City.

Manila’s general community quarantine had been due to expire on Sunday (January 31). The news of the extension was given on Friday by the Presidential Communications Operations Office.

An extensive lockdown for Metro Manila, including Entertainment City, was first announced in mid-March last year, as part of Covid-19 countermeasures, and was subsequently extended over time and in increments, although the terms were later relaxed somewhat.

In late August, the nation’s casino regulator, the Philippine Amusement and Gaming Corp (Pagcor), confirmed to GGRAsia that some casino resorts in that country had been allowed to reopen, “limited to a maximum of 30 percent capacity” and with strict health countermeasures against Covid-19.

In other developments on Friday, President Duterte signed into law amendments to the nation’s Anti-Money Laundering Act that add Philippine Offshore Gaming Operators – also known as POGOs – to the list of covered entities.

In a separate announcement on Friday, carried by the official Philippine News Agency, the government set new conditions for foreigners wishing to enter the country.

Presidential spokesperson Harry Roque said foreign inbound travellers would be required to pre-book hotels for quarantine purposes and undergo a Covid-19 test on the sixth day from the date of their arrival.

Amid the Covid-19 crisis, the country’s casino regulator, the Philippine Amusement and Gaming Corp (Pagcor) saw its 2020 net income dip by nearly 84.0 percent year-on-year to just under PHP1.57 billion (US$32.7 million), from PHP9.66 billion in 2019, according to data released on Saturday.

Also on Saturday, the national news agency reported that Manila’s civic leader, Mayor Francisco Domagoso, had on Friday signed an executive order cancelling all Chinese New Year activities in the metropolis from February 11 to 17, to prevent further spread of Covid-19.

The order covered a ban on street parties, stage shows, parades, “street games” or “other similar activities”. The lunar new year – Year of the Ox – this time falls on February 12.

Chinese New Year is normally a busy business period for inbound tourism from China, for casino jurisdictions around the Asia-Pacific region.

The decision by the Macau government to grant fresh 10-year licences to each of the city’s six incumbent casino operators has been welcome by top management at those firms. Each of the concessions... END_OF_DOCUMENT_TOKEN_TO_BE_REPLACED