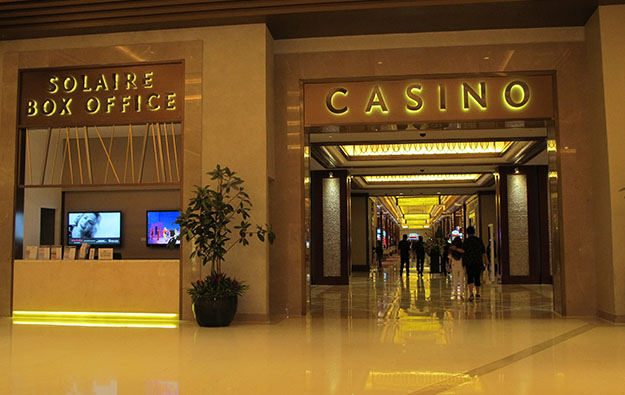 Solaire Resort and Casino in the Philippine capital Manila will “continue elevating” its standards on behalf of guests, even though progress “during a period of change” required “great effort,” said Tom Arasi, the property’s president and chief operating officer.

Solaire (pictured in a file photo), in common with most bricks and mortar casinos around the world, has seen its operations affected by restrictions locally and regionally, linked to the Covid-19 pandemic.

Mr Arasi made his comments to mark the eighth anniversary this week of Solaire, a property run by Bloomberry Resorts Corp, in Manila’s Entertainment City zone of large-scale casino venues.

The statement was part of a notice on Solaire’s website to mark the anniversary.

David Batchelor, Solaire’s senior vice president for resort operations, added in the statement: “As we commemorate our eighth anniversary, we also thank and celebrate our team members and our partners … and patrons who continue to trust and support us.”

He added: “We remain optimistic and steadfast, even during one of the most challenging times for our industry, because of the unwavering commitment and belief given to our brand.”

Bloomberry Resorts reported on March 8, positive consolidated earnings before interest, taxation, depreciation and amortisation (EBITDA) of PHP129.3 million (about US$2.7 million) for the fourth quarter, after two quarters of negative EBITDA.

Nonetheless, the company posted a net loss of PHP2.5 billion for the fourth quarter, flat from the previous quarter.

Andrew Lo Kai Bong (pictured), a senior executive at Hong Kong-listed casino investor Suncity Group Holdings Ltd, acquired controlling shares in the firm with effect from May 13, according to... END_OF_DOCUMENT_TOKEN_TO_BE_REPLACED