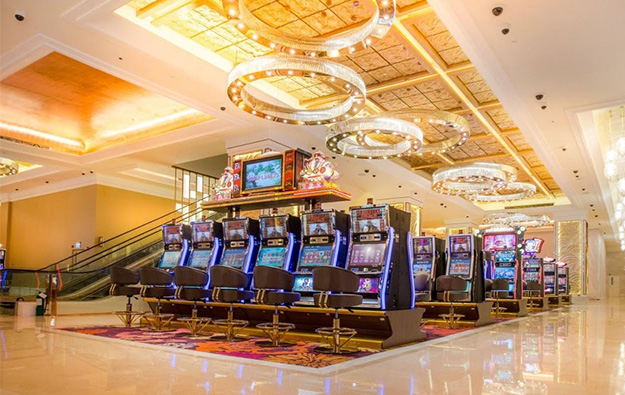 The property (pictured) – which cost PHP8 billion (US$151.8 million) – is located within the San Lazaro Tourism and Business Park, in Metro Manila, in the Philippines. It opened in January 2016.

MJC Investments is entitled to a gross revenue share of 40 percent regarding Winford’s casino operations, according to an agreement with Philippine Amusement and Gaming Corp (Pagcor), the country’s gaming regulator-cum-operator.

Pagcor operates a suite of state-run casinos – including in partnership with third parties – and oversees a number of private-sector ones.

MJC Investments’ revenue share in gaming operations from the Winford casino stood at PHP126.9 million in the third quarter, up by 56.6 percent in year-on-year terms, the firm said in a filing to the Stock Exchange on Thursday.

“The increase was primarily due to the upsurge of foot traffic… caused by the group’s relentless effort in launching promotions,” the company said.

It added: “The group also implemented additional benefits from its membership programme which attracted more players to play in the casino. Also, the group opened [in April 2018] the third floor of the building for gaming operations and acquired additional slot machines and gaming tables in 2018.”

The firm’s total revenue for the third quarter – including gaming revenue share, bingo operations, operation of non-gaming facilities and rental income – stood at PHP189.1 million, up 36.6 percent in year-on-year terms.

MJC Investments posted a net loss of PHP217.3 million for the third quarter of 2018, an improvement compared to a loss of PHP224.0 million a year earlier. The firm said it planned to raise additional funds “within the year” through stock rights options “to partially pay off its existing loans and other payables.”

Macau’s casino gross gaming revenue (GGR) for the first five days of February is estimated at MOP1.9 billion (US$235.1 million) – or MOP380 million per day – a level that suggests a “45... END_OF_DOCUMENT_TOKEN_TO_BE_REPLACED