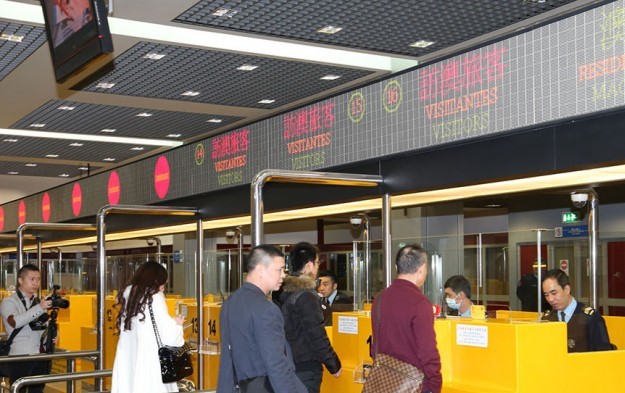 Many visitors to Macau are now booking their trips only 48 hours in advance, making it harder for investors and analysts to predict revenue trends for gaming and non-gaming at the city’s casino resorts, and whether a bottom has been reached in the recent year-on-year gross gaming revenue (GGR) decline, says a note from Union Gaming Research Macau Ltd.

“Booking windows are exceptionally short to non-existent. We believe most trips to Macau are now being booked within a 48-hour window prior to arrival (if not the day of),” wrote analysts Grant Govertsen and Felicity Chiang in a note on Friday.

It added: “It is these value-oriented customers who have been priced out of the market for a period of years who are now coming to Macau given a greater availability of hotel rooms (and at lower prices) and given lower table games minimums.”

The research firm is now forecasting total Macau GGR in 2015 to decline in a range of 10 percent to 12 percent – versus a previous estimate of a contraction between 4 percent and 5 percent – and consisting of a likely more than 20 percent year-on-year contraction in VIP play and a “flattish” performance from mass gaming.

Union Gaming said it was still “positively biased” toward the idea of sequentially improving mass-market GGR this year, with an important factor being “targeted marketing of mass-market customers on the heels of a larger number of hotel rooms being available” across all the six casino concessionaires in Macau.

Data from the Macau government, reported last month, showed the number of hotel rooms in the city is set almost to double over the next few years.

Union Gaming added in its note that the current pain in the casino industry is not only being felt in the Macau, with South Korean operator Paradise Co Ltd reporting a 27-percent decline in Chinese players’ rolling chip volume in its first quarter results, including a 40 percent fall in Chinese VIPs’ rolling volume in March.

“Quite simply, a large cross-section of the VIP market has received the message loud and clear that now is not the time to be gambling,” stated the Union Gaming analysts, referring to Chinese players and the anti-corruption drive in mainland China. They added that year-on-year improvements in VIP performance at NagaWorld in Cambodia could be attributed partly to a lower base, and the resort “pursuing a much lower value customer from China (and therefore not necessarily a customer on Beijing’s radar screen)”.

The decision by the Macau government to grant fresh 10-year licences to each of the city’s six incumbent casino operators has been welcome by top management at those firms. Each of the concessions... END_OF_DOCUMENT_TOKEN_TO_BE_REPLACED