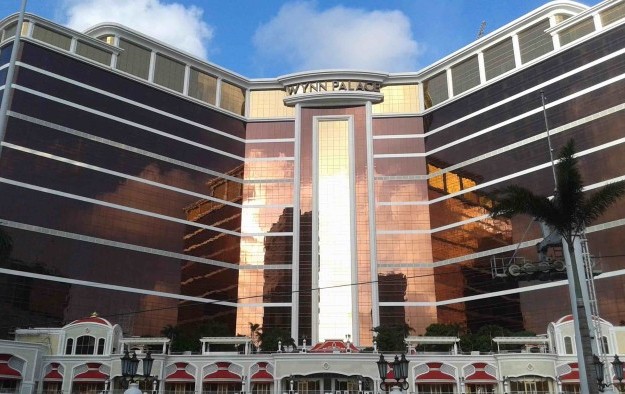 A Wednesday note from Hong Kong-based analysts Jamie Soo and Adrian Chan reiterated the firm’s ‘sell’ advice on shares of Wynn Macau Ltd, the promoter of Wynn Palace, and downgraded Sands China Ltd, promoter of the Parisian Macao, to ‘sell’, from ‘underperform’.

Wynn Macau is opening in less than a week – on August 22 – the US$4.2-billion casino resort Wynn Palace (pictured), located in Macau’s Cotai district. It will become the second property operated by the firm in the city, joining sister property Wynn Macau, a casino hotel located on the Macau peninsula.

Sands China is scheduled to open on September 13 the Parisian Macao casino resort. The property will be the firm’s fourth on Cotai and the fifth overall in Macau.

They added: “Our findings suggest that the street remains too bullish on Macau’s overall fundamentals, and particularly for those operators with looming new property openings.”

Japanese brokerage Nomura made a similar assessment in a note issued on Monday. It noted investor expectations could be overblown regarding the ability of the soon-to-launch Wynn Palace and Parisian Macao casino resorts to expand market-wide demand for Macau casino gambling.

Nomura had said in a note in July that any recovery in the Macau gambling market was likely to be of the “slow grind” sort experienced by Las Vegas following the global financial crisis – and driven by the mass-market – rather than the sort of rocketing growth Macau saw in VIP gambling in the years after that same crisis.

Daiwa has forecast GGR in Macau will decline by 10 percent year-on-year in full year 2016.

The brokerage’s Mr Soo and Mr Chan raised several question marks in their Wednesday note regarding the performance of the upcoming Wynn Palace.

They stated: “The market remains upbeat on the idea that the ‘unique’ and ‘differentiated’ products offered by Wynn Palace will be game changers that drum up new demand and mark an inflection point for industry GGR growth. To us, these expectations for Wynn look stretched in the context of our analysis of the incremental new capacities introduced since 2010 and the consequent GGR growth and market-share shifts.”

The Daiwa analysts stated that “there is no conclusive evidence over Wynn Macau’s 10-year track record in Macau that shows the success of its properties in taking market share or driving incremental demand in Macau. Indeed, Wynn has been steadily losing market share since Wynn Macau opened in 2006. At its peak, Wynn Macau accounted for more than 17 percent of Macau’s total GGR. Today it accounts for around 10 percent, or around half of the figure eight years ago.”

According to analysis by Daiwa of historical data, “the ability of new gaming/hotel room capacities to drive incremental GGR market share appears to be diminishing.” The brokerage noted that Phase 2 of Galaxy Macau – a property operated by Galaxy Entertainment Group Ltd – and Studio City – majority owned by Melco Crown Entertainment Ltd – “had far less success than previous casino openings in capturing incremental GGR market share, given the increasingly competitive market and larger operating base in Macau today.”

Analysts Mr Soo and Mr Chan added: “Since the openings of these Cotai 2.0 properties, they have captured an additional 1.4 percentage points GGR market share individually while adding to the market some 4 percent to 6 percent of new capacity.”

The Daiwa analysts also noted that, in recent years, the biggest market share losers regarding the launch of new properties had been the respective operators of those new casinos. “In our view, the consensus forecasts also suggest that the street still underestimates the significant impact of the operators’ cannibalisation of their own properties on the back of the new property openings,” they stated.

The chairman and chief executive of Wynn Macau, Steve Wynn, said on Wednesday he had no forecast for when Wynn Palace might reach break-even, or about the property’s return on investment. Mr Wynn was speaking at a press conference on Wednesday in Macau to preview the launch of Wynn Palace.

Throughout the media event, Mr Wynn highlighted several times that Wynn Palace aimed to cover all market segments, including luxury and the mass market.

The ranking was based on Macau hotel rates between September 15 and September 25, and was conducted on August 16. Results featured average prices – before tax – for the lowest tier of rooms in each of the properties surveyed.

A night at Wynn Palace cost on average HKD2,430 (US$313). In comparison, Parisian Macao rooms were priced at around HKD1,611. To stay at Studio City, guests would have to fork out on average HKD1,450 per night, according to Morgan Stanley.

Paradise Co Ltd, an operator of foreigner-only casinos in South Korea, reported casino revenue of nearly KRW48.65 billion (US$39.8 million) for January 2023, according to a Thursday filing to the... END_OF_DOCUMENT_TOKEN_TO_BE_REPLACED