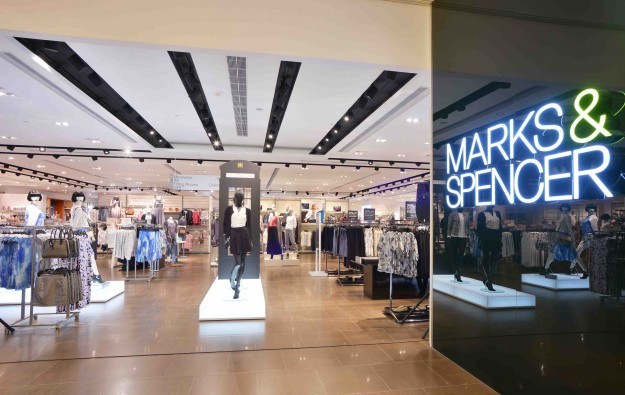 It was about seven years later than many expats in the city would have liked, and there is, as yet, no chilled food section – a favourite destination of the British middle classes.

But landlord Sands China Ltd is happy to welcome the company’s 1,400 square metre (15,069 sq feet) unit as an anchor store for phase three of the shopping mall at Sands Cotai Central, which was officially opened on Friday.

The US$60 million third phase increased the operational size of the whole mall by 70 percent, raising its total retail area to 400,000 square feet. Within phase three, 36 new retailers have already opened for business, with a further 15 restaurants and kiosks to open by the end of the year, Sands China said. All told, the mall houses 140 brands.

Sands China had the highest year-on-year growth in non-gaming revenue in the first half of 2014 of all the six Macau operators, at 20.1 percent, and the highest tally as a percentage of all revenue, at 9.9 percent, according to publicly available data compiled by GGRAsia. Sands China aims to build on that success by bringing in retail tenants that broaden its existing offer.

“Marks & Spencer was a ‘no-brainer’ for us. We wanted them here in the first place, the first time around,” David Sylvester, senior vice president of retail for Las Vegas Sands Corp told GGRAsia, referring to when the shopping mall at sister property Venetian Macao had its first phase opening in August 2007. U.S.-based Las Vegas Sands is the parent company of Sands China.

“Marks & Spencer have brand recognition, they’re at the right price point, they nail the positioning we are trying to do with this mall, so for us it ticks many boxes,” explained Mr Sylvester.

The Sands Cotai Central mall will have 600,000 square feet of space and a total of 220 shops when it is completed. A children’s role-play zone on the third level is due to open in April, where parents can drop their children for some supervised play activity while they shop or dine. Las Vegas Sands says it is aiming to position its Sands Cotai Central shopping facility as the most family-focused of its Macau malls.

Retail revenue at Sands Cotai Central grew 55 percent year-on-year in the three months to June 30 – to US$45 million from US$29 million in the year prior period – as more shops at the property opened and foot traffic grew, Las Vegas Sands said in a presentation for its second quarter earnings call with analysts on July 16.

“We have the Four Seasons which is our luxury offer. Then underneath that is the [under construction] Parisian which is what we call our accessible luxury – which is more creative,” explained Mr Sylvester.

Mr Sylvester added: “They are well known in China, and that’s one of the criteria for us. Chinese people tend to structure their shopping patterns. If they are not familiar with a brand, they are less likely to do impulse shopping. They tend to make lists of what they want, so they will come here looking for a particular brand.”

He revealed that Las Vegas Sands had talked to Marks & Spencer eight years ago, prior to the opening of the Venetian Macao, about it launching a store there.

“I think there was just a bit of reservation. When we started the Venetian leasings eight years ago, it [Macau] was just a new market. There was no shopping mall in Macau. There was high street and a bit of hotel lobby retail, but nobody had done a mall. So back then there was reservation from everyone. It was a tough sell back then. We were using the company planes to fly retailers over to show them the [Las] Vegas [resort] model and where we thought it was going to head, with a lot more non-gaming.”

Since then, Mr Sylvester added, “the stars had aligned” for both sides.

Bruce Findlay, Marks & Spencer’s regional director, Asia, said at the launch: “Our new store on the Cotai Strip offers us an exciting opportunity to showcase our popular quality fashions and food and grow our brand awareness across the region.”

Marks & Spencer opened its first store in the region at the Ocean Centre shopping mall in Tsim Sha Tsui in Hong Kong in May 1988. The retailer now has 17 wholly-owned stores in Hong Kong.

Most of Macau’s casino operators are likely to generate positive free cash flow in the first quarter, given the robust recovery level of mass-market gross gaming revenue (GGR) in January, relative... END_OF_DOCUMENT_TOKEN_TO_BE_REPLACED