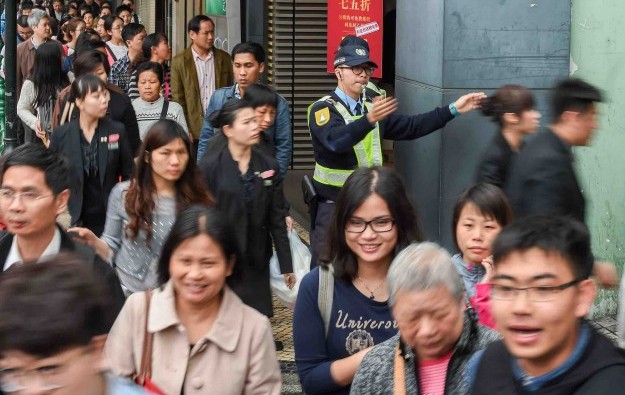 First quarter mass-market gross gaming revenue (GGR) in Macau, including slots and electronic table games, fell by 27.0 percent year-on-year to approximately MOP27.11 billion (US$3.40 billion) from MOP37.14 billion in the year-prior period, according to official Macau government data published on Friday. VIP baccarat GGR fell 42.1 percent in the quarter to MOP37.67 billion from MOP65.06 billion in the year earlier period.

A number of investment analysts warned however that the first quarter 2015 year-on-year numbers were not a strictly apples with apples comparison. That is because of statistical distortions caused by some Macau casino operators reclassifying tables from premium mass to VIP in order to avoid a smoking ban imposed across all mass-market floors in Macau casinos in October.

It had already been announced on April 1 by the local regulator – the Gaming Inspection and Coordination Bureau – that accumulated GGR for the first three months of 2015 stood 36.6 percent lower than in the same period in 2014, at approximately MOP64.78 billion. But the split between VIP and mass play is only released every quarter, typically several weeks after the end of the reporting quarter.

Investment analysts watch closely the year-on-year performance of the different segments because many have expected the mass segment to be less affected by mainland China’s corruption crackdown than the VIP segment. Poor performance in the mass might be a sign of continued weak fundamentals, a number of analysts argue.

A note on Tuesday by Morgan Stanley Asia Ltd said the biggest risk to Macau gaming stocks is “whether demand is weakening, even in the mass segment”.

“Demand for hotel rooms is declining. [The] Number of hotel guests fell by 9 percent year-on-year in the second month of 2015 despite price cuts, the first decline since 2009 without any incremental supply,” wrote Morgan Stanley managing director Praveen Choudhary and analysts Alex Poon and Thomas Allen.

The institution added that mass revenue could fall 18 percent year-on-year in 2015 – versus previous Morgan Stanley estimates of an 11 percent decline – based on first quarter average daily revenue, “if Galaxy and MPEL are unable to bring in new gamblers”. That is a reference to the May 27 opening of Galaxy Entertainment Group Ltd’s HKD19.6-billion (US$2.5-billion) Galaxy Macau Phase 2 and its neighbouring HKD5-billion Broadway Macau, and to the expected third quarter opening of the US$3.2-billion Studio City, majority owned by Melco Crown Entertainment Ltd, also known as MPEL.

Macau’s casino gross gaming revenue (GGR) for the first five days of February is estimated at MOP1.9 billion (US$235.1 million) – or MOP380 million per day – a level that suggests a “45... END_OF_DOCUMENT_TOKEN_TO_BE_REPLACED