Mass players not spending as much as before: Melco COO 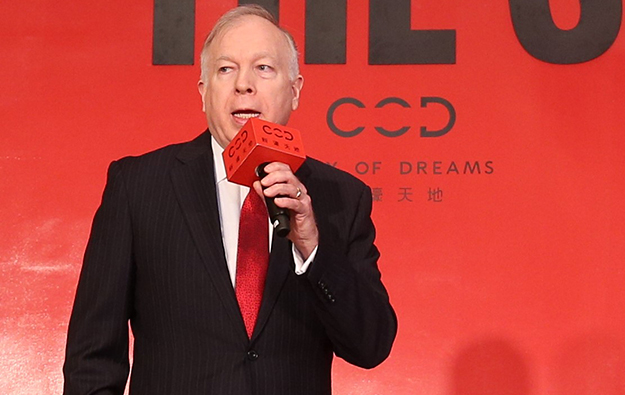 Mass-market players in the Macau casino sector “do not seem to be playing quite as strongly as they have in the past,” said a senior executive from Melco Resorts and Entertainment Ltd during the group’s first-quarter earnings call on Wednesday.

That might be “a function of… a different customer coming in right now,” added David Sisk (pictured in a file photo), the firm’s chief operating officer.

A Monday note from brokerage Sanford C. Bernstein Ltd mentioned Macau’s April casino gross gaming revenue (GGR) had been “steady” even as visitor volume had risen, indicating that the recovery of the Macau tourism sector had involved a “low-value customer” segment in gaming terms.

Mr Sisk suggested however that his firm’s market share of so-called premium mass gamblers – those playing in cash at high multiples rather than via rolling chips through junkets – had “grown a little bit, if anything”.

He added: “I don’t think we’ve lost any share” in premium mass.

Some of the premium-mass people were prior VIP players that had “switched over from the junkets,” he suggested.

Melco Resorts’ chief financial officer, Geoff Davis, confirmed to analysts that while first-quarter daily operating expenses in the Macau market – where the firm runs City of Dreams, Studio City and Altira Macau – were US$1.9 million, that had now risen to “about US$2.1 million” as a function of returning business.

He also confirmed the group had for the first quarter, provision for bad debt amounting to US$17 million, compared to US$23 million in the fourth quarter.

Lawrence Ho Yau Lung, Melco Resorts’ chairman and chief executive, said on the same call: “Our view from 10 years ago was that the VIP market wasn’t really sustainable. And I think that has played out to be true.”

“I think even within the VIP business, the junket part of it is not going to be what it was in 2019 and I think more of that might shift to the premium direct side of things,” said Mr Ho.

On the non-gaming side of the business, the CEO noted that retail volumes had been recovering quickly and were already this year “close to 2019 level”.

Mr Ho thought that was partly a function of Hong Kong no longer being bundled with Macau for mainland-tourist trips – particularly due to the pandemic.

The CEO was asked about reports that the leaders of Macau and Hong Kong respectively had recently discussed further easing of travel arrangements between the places.

Mr Ho said: “In terms of the Hong Kong – Macau travel corridor, it would be great if it happened because Hong Kong traditionally has been 20 percent, 25 percent of our business in Macau.”

But he added “the most important market for Macau is always going to be [mainland] China.”

As the mainland had a “zero-tolerance policy” with regards to Covid-19 cases, Mr Ho said he thought Macau “would have to balance the Hong Kong travel corridor with not jeopardising” the quarantine-free travel arrangements Macau had with the mainland.

Mr Ho also reiterated during the earnings call that the firm was “committed to bringing a world-leading IR,” – i.e., an integrated resort as large-scale casino complexes are known – to the Japan market, and continued to “pursue opportunities within the market”.

He added: “We are currently engaged with multiple potential partners.” He did not mention any particular city.

While Covid-19 continued to “present challenges in terms of aspects of process timing and travel, IR in Japan has continued to move forward and we remain convinced that Japan represents the best potential new gaming market globally,” stated the CEO.

Bloomberry Resorts Corp – the operator of Solaire Resort and Casino (pictured) in the Philippine capital Manila – on Wednesday announced in a series of filings, that an aggregate of just over 7.9... END_OF_DOCUMENT_TOKEN_TO_BE_REPLACED