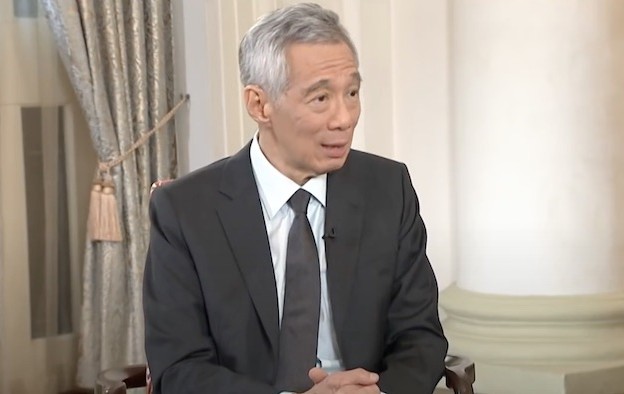 International travel is unlikely to go back to pre- Covid-19 conditions next year, even with the arrival of a vaccine, says Singapore’s prime minister, Lee Hsien Loong.

“I think travel is not going to return to normal next year: maybe in two years’ time,” said Mr Lee (pictured).

“We are trying very hard to avoid having a second outbreak in a big way, and having to have a second circuit breaker or lockdown,” he added, referring to local countermeasures to prevent the spread of Covid-19.

Mr Lee was speaking on Thursday during an online conference presented by APEC – the Asia-Pacific Economic Cooperation group of countries, which includes China, the United States, Japan, South Korea, Australia and Canada, as well as many Southeast Asian nations.

In late September, the chief executive of Singapore Tourism Board suggested it might take Singapore’s inbound tourism market up to five years to recover from the damage caused by the Covid-19 pandemic.

The city-state’s two casino complexes, Marina Bay Sands and Resorts World Sentosa – which had both been shuttered earlier in the crisis – have already flagged the fact that their hotel facilities are currently being marketed to domestic customers, in the absence of meaningful numbers of foreign visitors.

A November 15 note from Maybank Investment Bank Bhd suggested that a factor in the profitable third quarter reported by Genting Singapore Ltd, the promoter of Resorts World Sentosa, was “local gamblers remaining in Singapore to gamble,” amid the widespread travel restrictions around the region.

Singapore’s prime minister noted in his Thursday remarks: “You cannot just go back to the old rules where you buy a ticket today and within a few hours you get on the plane and then you turn up [in a place] and don’t need a visa, and then have a weekend somewhere in the region or maybe across the world, to do some business.”

Referring to what the pandemic had done to relationships between various jurisdictions, he noted: “If I have more cases than you, you are afraid of me. Once you have that kind of relationship, it is very difficult to open up.”

As of 12pm on Thursday, Singapore’s Ministry of Health reported 59 active cases of Covid-19, with 58,052 infected people having recovered, and 28 having died.

The ministry’s website said nearly 1.16 million unique swabs – out of a population of nearly 5.69 million –  i.e., about 20 percent of the inhabitants, had been tested by the authorities as part of local containment efforts.

The Civil Aviation Authority of Singapore had announced on October 29 that from November 6, the city-state was easing somewhat its inbound-visitor restrictions for some travellers, namely in that instance people from mainland China and from the Australian state of Victoria.

That was on the basis those two jurisdictions were deemed to present “low” risk of causing “importation” to Singapore of Covid-19.

A Hong Kong-Singapore travel bubble is due to start on Sunday (November 22).

“I hope the cases remain low” in relation to that travel easing, said Mr Lee.

“We cannot be frozen, say, ‘The bubble is blown’. I have to have some way to say pause, and I squeeze down for a while until things stabilise again, then I can open up again,” stated Singapore’s prime minister.

Financial institution ING Bank NV noted in a May memo that Singapore’s government had pledged in aggregate SGD92.5 billion (US$68.8 billion), about 19 percent of gross domestic product, in forms of stimulus to counter the economic effects of the pandemic.

Mr Lee observed in his Thursday remarks: “For the few businesses that are likely to be in suspended animation for some time – like tourism and travel – we will have to make special arrangements for them.”

He added: “But eventually this has to be sustainable and we have to adapt ourselves for what is to come, rather than freeze the position which reflects what was ‘pre-Covid’. Otherwise, we will end up with ‘zombie’ companies and an unproductive economy, and I think that will lead to more trouble for us later on.”