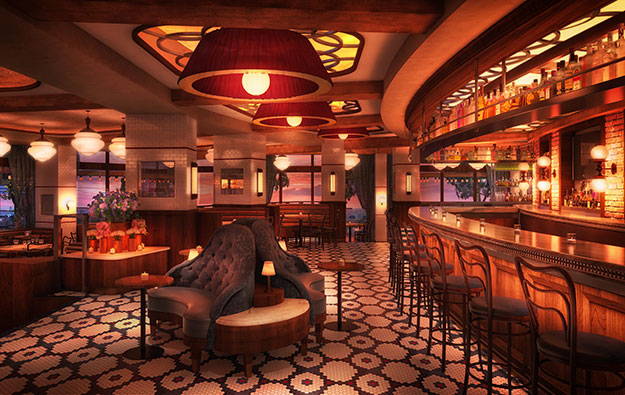 Singapore’s Marina Bay Sands is to officially launch a LAVO-branded restaurant on December 31 with a New Year’s Eve party. The announcement was made by the operator of the casino resort, Marina Bay Sands Pte Ltd – a unit of U.S.-based Las Vegas Sands Corp.

LAVO Singapore – to open its doors in January 2018 – is “a collaboration” between Marina Bay Sands Pte Ltd and TAO Group, Thursday’s release said.

U.S.-based TAO Group operates more than 25 venues. It is present in New York, Las Vegas and Los Angeles, in the U.S., and also in Sydney, Australia. It runs high-profile establishments such Tao Las Vegas, recently named the highest grossing independent eatery in the U.S. by specialist publication Restaurant Business.

LAVO Singapore – to be located atop of Marina Bay Sands in its SkyPark – will mark TAO Group’s first foray into Asia.

The Singapore venue will feature an Italian American restaurant, and a indoor and outdoor lounge with wraparound terrace. It was designed by U.S.-based design firm ICrave.

“As a leading dining and entertainment destination in Asia, we are committed to reinvest in our property by introducing fresh and unparalleled concepts that will attract new and repeat visitors,” the president and chief executive of Marina Bay Sands Pte Ltd, George Tanasijevich, said in a statement included in the release.

Marina Bay Sands Pte Ltd posted adjusted property earnings before interest, taxation, depreciation and amortisation (EBITDA) of US$390.7 million in the third quarter of 2017, up by 13.0 percent from a year earlier.

Net revenue at the Singapore unit increased 4.1 percent year-on-year to US$793 million in the three months to September 30, with casino revenue up by 6.3 percent, to US$629 million.

Universal Entertainment Corp said in a Wednesday statement it hoped to get the Okada Manila casino operation listed in the United States even before a new September 30 deadline agreed with 26 Capital... END_OF_DOCUMENT_TOKEN_TO_BE_REPLACED