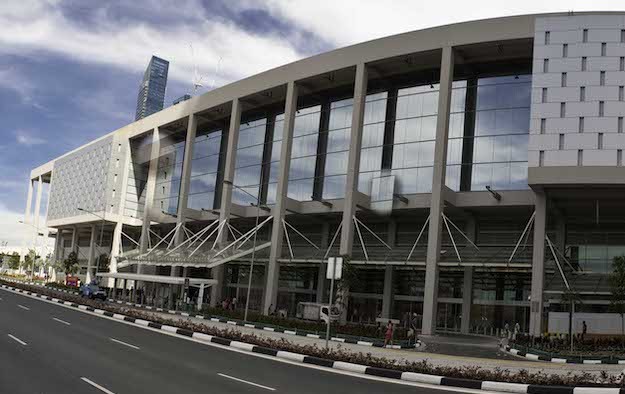 The promoter of the Marina Bay Sands (MBS) casino resort in Singapore, says that 100 percent of the gas and electricity consumed at its Sands Expo and Convention Centre (pictured) is now carbon neutral.

Marina Bay Sands Pte Ltd added that, with that milestone, it laid claim to be the first carbon-neutral meetings, incentives, conferences and exhibitions (MICE) venue in Singapore.

On Monday, Singapore’s Trade and Industry Minister, Chan Chun Sing, stated that from October 1, MICE venues in the city-state would be permitted to apply to hold such events with up to 250 attendees, during a trial period.

The relaxation follows a time of restrictions on public gatherings in Singapore, in order to contain the spread of Covid-19. The current limit on MICE events is 50 people.

Under the new trial for enlarged gatherings, Marina Bay Sands plans to hold the Singapore International Energy Week Conference 2020, from October 26 to 30.

The casino at Marina Bay Sands reopened on July 1, to “selected” customers and with extra safety steps in place, after being closed from April 7, in line with Singapore government protocols.

On June 19, nearly 200 shops resumed business at the resort’s mall. Marina Bay Sands’ hotel accommodation reopened in stages, starting from July 17, after being shuttered since April 7.

A Tuesday press release from Marina Bay Sands said its exhibition centre was already a “LEED-Platinum and ISO20121-certified” venue.

Kevin Teng, executive director of sustainability at the resort, was cited in the announcement as saying: “Since 2012, we have reduced our carbon footprint by 33 percent, and we will continue to explore industry-leading methods to further decouple our carbon footprint from our business growth.”

The resort added that what it termed its “intelligent building management system”, in which it had invested SGD25 million (US$18.3 million), had since 2012 saved annually, more than 7.4 million kilowatt hours of energy.

Marina Bay Sands said it had invested in renewable energy certificates and carbon offset measures, in order to cover 100 percent of the carbon emissions generated from the MICE venue’s gas and electricity consumption.

The resort said each of those certificates represented the environmental benefits of one megawatt-hour of electricity generated from a renewable-energy source.

In mid-August, Marina Bay Sands announced it would be offering what it termed a “hybrid broadcast studio”, that could host events that combine in-person attendance, with input from online delegates, in response to what it termed the “new era” of a world with Covid-19.

Macau mass-market casino gross gaming revenue (GGR) for the recent Chinese New Year (CNY) holidays could have recovered to at least 60 percent of that for the 2019 break, when the festivities were in... END_OF_DOCUMENT_TOKEN_TO_BE_REPLACED