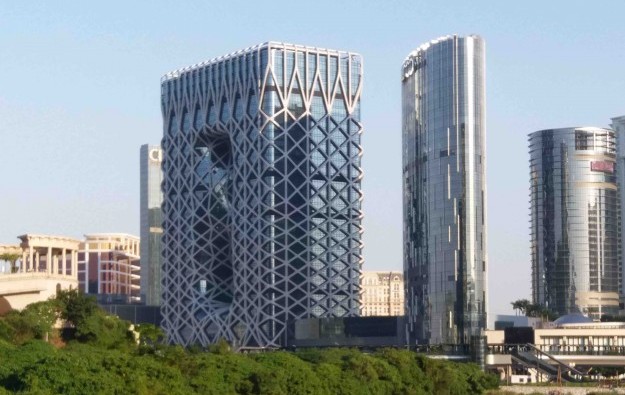 The Macau VIP gambling market might “stabilise” based on evidence from this month, the start of the fourth quarter, said Lawrence Ho Yau Lung, chairman and chief executive of casino operator Melco Resorts and Entertainment Ltd.

He was speaking on a conference call to discuss the group’s third-quarter earnings, issued on Wednesday.

The firm declared a quarterly dividend of US$0.16512 per ADS.

Total operating costs and expenses at Melco Resorts rose 9.8 percent in the third quarter, to US$1.26 billion, compared to US$1.15 billion in the prior-year period. Casino operating expenses rose by 12.5 percent, from US$731.6 million to nearly US$823.1 million.

Mr Ho said in prepared remarks in the results filing: “Mass-market table games drop and gaming machine handle both reached all-time-record-highs” during the three months to September 30, driven by Macau.

Later, on the earnings call, in response to an analyst’s question, the CEO said the Macau VIP market showed signs of recovery.

“Broadly [in] the VIP market the things have started to stabilise… at least in the beginning of the fourth quarter in my view,” the CEO stated.

He said “noise” earlier in the year regarding “Suncity” might not have helped player confidence up until recently.

That was understood to be a reference to the junket brand Suncity, and claims in state-owned mainland media that the brand had been facilitating “online gaming” by Chinese players at overseas venues. Suncity has denied any wrongdoing.

Mr Ho said it might be too early to speak of Macau market recovery, but there were signs of some “moderation” in decline.

He stated on the call: “I think during the third quarter and over summer there was noise about Suncity etc etc… I think that was probably a shock to the market and a shock to some of the guests’ confidence. So, I think hopefully with a lower base now as well, hopefully we will start seeing some… I wouldn’t say growth, but a moderation in terms of the decline and… a path to recovery.”

The CEO further noted on the call, referring to the United States-China trade tensions and the strength of the Chinese currency – Macau casino bets are denominated in Hong Kong dollars, a currency pegged against the value of the U.S. greenback: “I think the sooner that the trade war has some sort of resolution and the renminbi is more stabilised and stops devaluing, is going to have positive impacts to Macau gaming and also to the VIP market.”

Mr Ho also mentioned on the quarterly earnings call that the group had earmarked “US$1.35 billion to US$1.4 billion” for the extension of its majority-owned Studio City casino resort in Macau’s Cotai district. It would have two hotel towers, a cineplex, “one of the world’s largest indoor water parks” and “additional gaming space”. It was hoped construction could begin “before year-end”, said Mr Ho.

Construction work for an ice rink at Studio City was “well under way, with the opening anticipated in mid-2020,” said the CEO.

Mr Ho additionally stated that the revamp of the Nuwa hotel tower at City of Dreams (pictured) in Macau was expected also next year; and that several new guest villas for VIPs were to be added at Morpheus, the upmarket US$1.1-billion hotel tower opened at the property in June 2018, to add to a new premium mass area that launched at City of Dreams this month. Property president David Sisk later clarified to analysts that there would be three new villas at Morpheus.

The group said in the announcement the increase was “primarily a result of better performances in the rolling-chip and mass-market table games segments”. The venue’s rolling chip volume was US$17.2 billion for the third quarter versus US$12.3 billion a year earlier.

At City of Dreams Manila, a Philippines property managed by a unit of Melco Resorts, most of the gaming numbers were down year-on-year, although gaming machine handle went up.

City of Dreams Manila’s total quarterly operating revenues were US$130.5 million compared to US$141.7 million in the third quarter of 2018.

“With increased competition in the market”, according to the parent, City of Dreams Manila’s rolling chip volume aggregated US$2.44 billion in the third quarter versus US$2.98 billion in the prior-year quarter. Mass-market table games drop decreased to US$202.1 million, compared with US$204.9 million a year earlier.

City of Dreams Manila’s gaming machine handle for third-quarter 2019 was US$1.02 billion, versus US$0.93 billion in the equivalent three months of 2018.

Total non-gaming revenue at City of Dreams Manila in the reporting quarter was US$32.3 million, compared with US$28.9 million a year before.

On the Mediterranean island of Cyprus, Melco Resorts is currently operating under the Cyprus Casinos brand a temporary gaming venue – at launch the first licensed casino in the Republic of Cyprus – and three “satellite” casinos with a fourth satellite casino scheduled to open “in the coming months,” the group noted.

For the three months to September 30, total operating revenues at Cyprus Casinos were US$26.7 million compared to US$16.9 million in the prior-year period.

Cyprus Casinos had adjusted EBITDA of US$8.5 million in the third quarter, versus US$6.0 million a year earlier.