May 05, 2016 Newsdesk Latest News, Macau, Philippines, Top of the deck 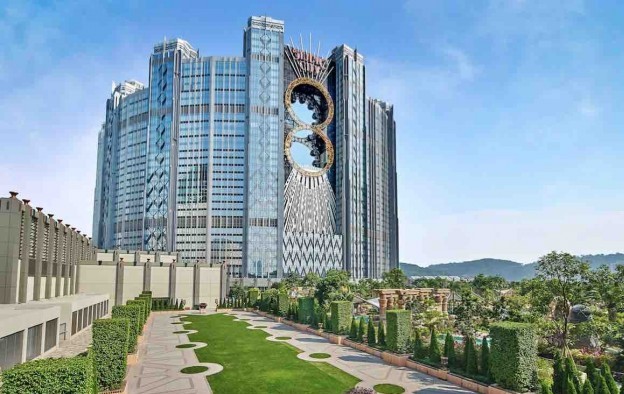 Asia casino developer and operator Melco Crown Entertainment Ltd on Wednesday reported a 34 percent year-on-year decline in profit for the first quarter of 2016.

The firm’s board also declared on Wednesday a quarterly dividend of US$0.0073 per share (equivalent to US$0.0219 per ADS) for the first quarter of 2016. The dividend will be paid on May 31 to shareholders on record on May 17.

Melco Crown’s net revenue for the first quarter of 2016 was US$1.10 billion, up by 5 percent in year-on-year terms, the firm stated in its result announcement.

“The increase in net revenue was primarily attributable to the net revenue generated by Studio City (pictured), which started operations in October 2015 and City of Dreams Manila, which commenced rolling chip operations in February 2015, partially offset by lower rolling chip revenues and mass market table games revenues at City of Dreams and Altira Macau,” Melco Crown said in a statement.

Adjusted property earnings before interest, taxation, depreciation and amortisation (EBITDA) were US$248.8 million for the first three months of 2016, compared to adjusted property EBITDA of US$253.3 million in the prior-year period, which represents a 2 percent year-on-year decline.

“Our results in the first quarter of 2016 demonstrated the resilient nature of the mass market segments in Macau, improving trends at City of Dreams Manila and our ongoing commitment to streamlining costs,” Mr Ho said in a prepared statement.

Later, on a conference call with analysts following the results announcement, Mr Ho gave some more insight on the matter of Crown Resorts reducing its share in Melco Crown.

“It was literally perfect timing between the two shareholders,” he said. “Both Melco [International] and Crown [Resorts] will continue to be strong supporters of the company… I don’t anticipate any changes in terms of our attitude towards the business.”

Brokerage Sanford C. Bernstein Ltd said the transaction was “positive” to Melco Crown “as it constitutes a large share buyback at current market price and a good use of excess cash,” giving firm control “firmly” to Mr Ho. But analysts Vitaly Umansky, Simon Zhang and Clifford Kurz warned that “the buyback also likely reduces chances of any special dividends this year.”

For the first quarter of 2016, net revenue at Studio City was US$178.7 million. The property started operations on October 27 last year, in Macau’s Cotai district.

Studio City generated adjusted EBITDA of US$22.1 million for the first three months of 2016.

Total non-gaming revenue at the property in the first quarter of 2016 was US$58.2 million.

On the post-result announcement conference call, Mr Ho admitted Studio City was still not meeting its full potential. “Right now, [Studio City] is on the southern tip of the [Cotai] strip… on an island of its own, and I think that is affecting ramp up,” he said.

“At the same time, we are not totally happy with our own efforts. There is a lot of marketing effort to do,” Mr Ho added.

According to an April note by U.S.-based brokerage Sterne Agee CRT, ongoing construction work around the perimeter of Studio City is negatively affecting the property’s ability to ramp up its business.

Mr Ho confirmed in the first quarter 2016 earnings call that the expanded retail arcade at City of Dreams Macau is due to open on “July 1”. The firm said in its earnings announcement that the property’s under-construction fifth hotel tower, designed by architect Zaha Hadid, would still be opened in 2018 as per the schedule planned prior to Ms Hadid’s death.

For the quarter ended March 31, net revenue at City of Dreams Macau was US$678.6 million, a year-on-year decline of almost 16 percent. The property generated adjusted EBITDA of US$205.6 million in the first three months of 2016, representing a decrease of 13 percent compared to US$235.8 million in the same period of 2015.

Commenting on the operating environment in Macau, Mr Ho mentioned signs of stabilisation, particularly in the mass market gaming segment.

On the post-result announcement conference call, Melco Crown’s management said that the firm had a strong performance during the May 1 holiday period, with positive mass-market growth year-on-year, but a decline in VIP play.

In a Wednesday note, Wells Fargo Securities LLC said that a key question in Macau for Melco Crown was the potential impact of the opening of casino resort Wynn Palace on the operations of City of Dreams Macau, located just across the road on Cotai. Wynn Palace, being developed by rival Wynn Macau Ltd, is scheduled to open in the summer.

Mr Ho noted that in the Philippines, “City of Dreams Manila has delivered improved performance across all gaming and non-gaming metrics which, together with a strong commitment to managing costs, has enabled the property to deliver an approximately tenfold increase in adjusted property EBITDA compared to the first quarter of 2015.”

“The year-over-year improvement in adjusted EBITDA was primarily a result of increased casino revenues, including from the junket operations which began in the middle of 2015,” Melco Crown stated.

The imminent return of package tours from mainland China will not only help boost Macau’s tourism businesses, but is also expected to help casinos gain more foot traffic in their mass gaming... END_OF_DOCUMENT_TOKEN_TO_BE_REPLACED