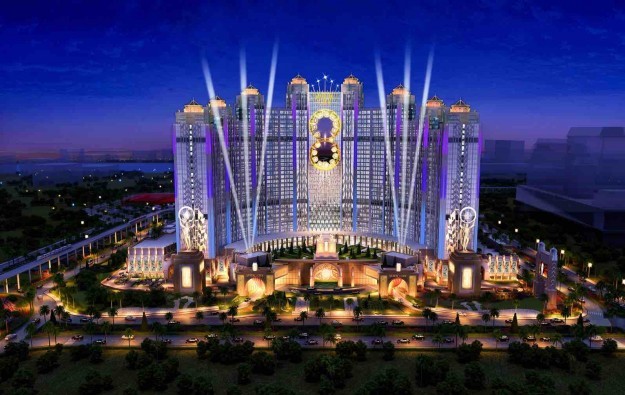 “We are delighted to partner with Pacha, rightly acknowledged as the biggest nightclub brand in the world, to deliver the ultimate in international clubbing experiences to Studio City and Greater China,” said Lawrence Ho Yau Lung, co-chairman and chief executive of Melco Crown.

“This announcement is a further step in our commitment to diversify the leisure destination appeal of Macau,” Mr Ho added.

Eddie Dean, president and chief executive of Pacha New York, will be in charge of Pacha Macau. Las Vegas veteran, Liam Dwyer, is also joining the project. Mr Dwyer spent 15 years as director of operations at Light Group where he helped establish and develop the club scene that Las Vegas is famous for.

“Pacha is the finest nightclub brand in the world, with a commitment to excellence. Pacha Macau, without a doubt, will be the most amazing nightclub entertainment experience Macau has to offer,” he added.

At Global Gaming Expo (G2E) Asia 2015 to be held at CotaiExpo in Macau from May 19 to 21, one of the new features will be the Macau International Clubbing Show (MICS). The event is designed to link entrepreneurs in Macau and other parts of Asia with those in the club and bar industry in cutting edge markets and help casino firms build their non-gaming revenues.

Studio City, a Hollywood-inspired gaming and entertainment complex, is scheduled to open in the third quarter of 2015. Melco Crown has not yet said how many gaming tables Studio City will have.

Macau casino operator MGM China Holdings Ltd had a “record” market share in January, and its venues were the “highest-earning businesses” in the portfolio of the majority owner MGM Resorts... END_OF_DOCUMENT_TOKEN_TO_BE_REPLACED