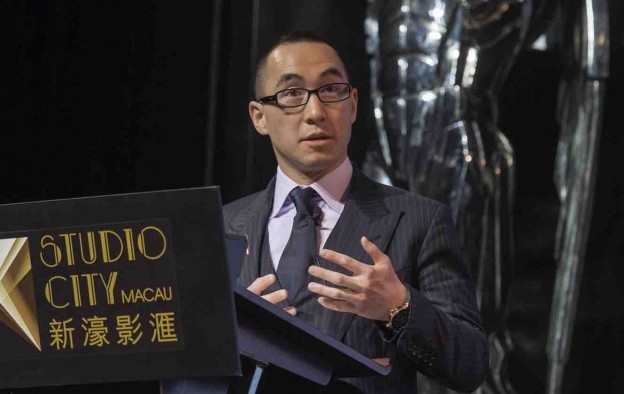 Turning Mocha Clubs’ slot machine parlours in Macau smoke-free had “definitely” contributed to a 15 percent quarter-on-quarter fall in net revenue for the operation in the fourth quarter, said the parent firm Melco Crown Entertainment Ltd on Thursday. Mocha Clubs is a chain of slots- and electronic table games-only venues with outlets across the city.

Ted Chan, chief operating officer for Melco Crown, stated on the firm’s fourth quarter earnings call: “If you compare to our peers around Macau…Mocha is actually down quarter-on-quarter 15 percent, or 16 percent year-on-year, I think that’s quite in line with the markets [where smoking is banned]…we did a full analysis on the play minutes and play day. And [for] Mocha…[the] smoking ban is definitely an issue. And it represents a majority of the impact on the decline.”

In October the Macau government approved smoking lounges for four Mocha venues. But Melco Crown on Thursday said that the chain was now entirely smoke free. It didn’t specify when the change had been made.

At present smoking is allowed in VIP areas in Macau casinos – provided they are physically separate from the main casino floor. Since the autumn, main floor smoking has been restricted to enclosed smoking lounges free of tables and slots. The government is mulling ending both those exemptions and making its casinos smoke-free.

A ban on VIP room smoking could hurt Macau VIP gaming revenue by as much as 15 percent, suggested a note from Karen Tang at Deutsche Bank AG last month.

Melco Crown on Thursday reported net income for the fourth quarter of 2014 of approximately US$1.12 billion, down by about 20 percent year-on-year.

Lawrence Ho Yau Lung (pictured), co-chairman and chief executive of Melco Crown said in his firm’s fourth quarter earnings call regarding public policy on smoking: “Of course we are concerned about the total ban, and we strongly believe that we should respect our customer’s rights and their preferences as well. And that’s why we strongly support having airport-style smoking lounges.”

Ambrose So Shu Fai, chief executive of Macau market rival SJM Holdings Ltd, made the same point on the sidelines of an event in Macau on Tuesday.

Lawrence Ho – a son of SJM Holdings’ founder Stanley Ho Hung Sun – had earlier said on the Melco Crown call in response to a question about a 250 basis points decline in his firm’s hold rate for mass table play in the fourth quarter: “…our theory is that there is a correlation between the hold rate in mass and the smoking ban, because…the [casino] hold rate in mass has always been highly correlated to the length of play. And with players having to go outside or go to smoking lounges to smoke, I think inevitably there will be an impact.”

Asked about a MOP100,000 (US$12,524) fine imposed on Melco Crown for allegedly failing to post ‘no smoking’ signs in some public areas of its flagship Macau casino resort City of Dreams, Mr Ho stated: “I think we continue to maintain the same view, which is we’re totally respectful and in 100 percent compliance of what is written in the law. And so I think there’s a kind of a difference of interpretation between us and one of the government departments.”

The firm last month told GGRAsia by email that it planned to ask for a “judicial review” on the matter.

Mr Ho was asked what he expected to come from the Macau government’s announced “mid-term review” of Macau’s six casino operators – to take place possibly in 2015 or 2016.

He stated: “Whether they have any implications on eventual licence renewal, which is 2020 and 2022: I do think that there will be impact, but they haven’t approached us yet. We’ve heard it in the media as well, but we look forward to it, because I think when that review is done, we will not only pass with flying colors, we would be right at the very top.”

The executive said he was revising down his personal forecast for the Macau market in 2015, to “slight negative growth year-on-year”.

Mr Ho said: “I think with all the smoking regulations and the various things that have hit the industry, together with the fact that the rumour that we’re hearing on the ground is, the next integrated resort to open, will get very little tables. I think that all will have a significant impact on growth of the industry.”

On January 23, Galaxy Entertainment Group Ltd said it would open its Galaxy Macau Phase 2 and Broadway at Galaxy Macau – at a total cost of HKD43 billion (US$5.5 billion) – on May 27.

GGRAsia on Thursday evening approached Galaxy Entertainment for a response to Mr Ho’s comment. None was available by early afternoon on Friday, when this story went online.

Studio City – 60 percent owned by Melco Crown and with an all-in cost of US$3.2 billion – is now said by the company to be due to open in the third quarter. A “mid-year” opening was mentioned last month at a press conference announcing Studio City’s facilities. UBS Securities Asia Ltd said in a note on Thursday it expected that timetable would slip back to the fourth quarter.

Mr Ho repeated his statement of last month that Studio City has “capacity” for 500 gaming tables but as yet could not give specifics on how many it will have when it opens.

“We still believe that we really do need 400 tables to make the casino kind of happening and busy….we have worked on scenarios where [there are] fewer tables than that, but it would be less than optimal.”

The co-chairman also said on the call that the firm’s Altira resort – something of an underperformer in recent reporting periods – had now cut ties with many “smaller and less high quality junkets”.

Anthony Wong and Robin Farley of UBS said in a note after the results, and referring to what is reportedly Macau’s biggest junket investor by chip roll: “The transformation of Altira’s junket segment remains on track: Suncity was added in the fourth quarter and has ramped well, and two more of the market’s top junkets will start operation at the property in the coming weeks.”