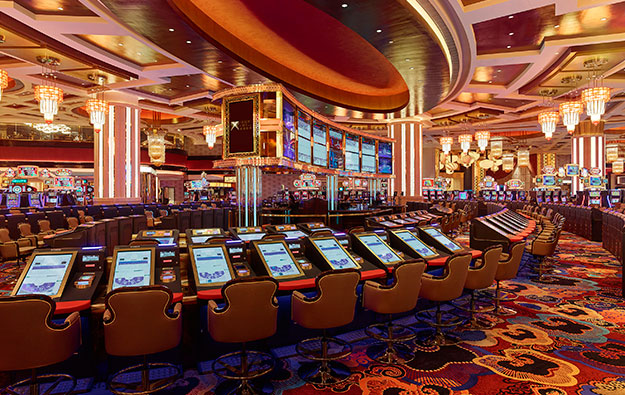 “As Mr [Lawrence] Ho has said, we internally are not very satisfied with the current condition [of Studio City],” added Mr Chan. He was referring to previous comments by Melco Crown’s chief executive Lawrence Ho Yau Lung, made on the firm’s first quarter earnings call in May.

“But we have tried adding various elements here [in Studio City] hoping that when the supporting infrastructure is better, the [operating] environment will also get better,” Mr Chan noted in his Friday comments. He additionally stated that occupancy at Studio City’s two hotels had currently reached 95 percent.

Mr Chan was speaking on the sidelines of an event called Melco Crown Entertainment Local SME Open Day, at which local small- and medium-sized enterprises were invited to learn more about how to become suppliers to the casino firm.

At the time of the property opening, Melco Crown’s Mr Ho said not having junket rooms at Studio City’s casino was a “business decision” driven mainly by the size of the gaming property’s new-to-market allocation of 250 tables from the Macau government.

“Right now, [Studio City] is on the southern tip of the [Cotai] strip… on an island of its own, and I think that is affecting ramp up,” Mr Ho had said on the first quarter earnings conference call.

For the first quarter of 2016, net revenue at Studio City was US$178.7 million. The property generated adjusted property earnings before interest, taxation, depreciation and amortisation (EBITDA) of US$22.1 million for the first three months of 2016.

The imminent return of package tours from mainland China will not only help boost Macau’s tourism businesses, but is also expected to help casinos gain more foot traffic in their mass gaming... END_OF_DOCUMENT_TOKEN_TO_BE_REPLACED