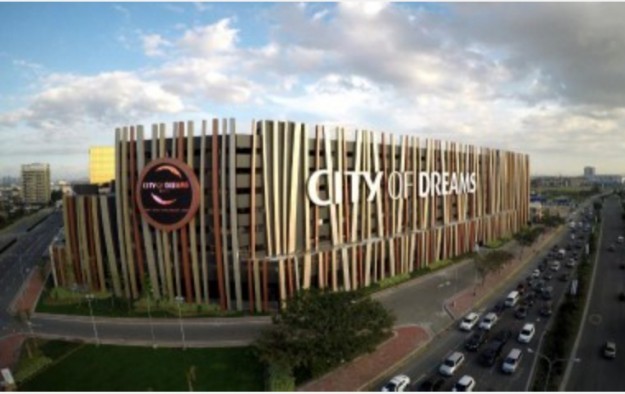 City of Dreams Manila, which has a capital expenditure budget of more than US$1 billion, is a partnership between casino operator Melco Crown Entertainment Ltd and Premium Leisure Corp, a unit of Belle Corp, controlled by the family of Philippine billionaire Henry Sy.

“Today it is my great pleasure to deliver on our promise to bring the highly successful City of Dreams brand experience to the Philippines,” Lawrence Ho Yau Lung, co-chairman and chief executive of Melco Crown, said in a press statement accompanying the official launch.

“Today’s grand launch is an important milestone for Melco Crown Entertainment as we expand our presence and the City of Dreams brand in the region,” he added.

“We look forward to working closely with the government and our co-developers to bring even more unique, world-class entertainment to the city and to elevate its tourism sector to the next level,” Mr Ho said.

The property had a soft opening on December 14 last year. Melco Crown Philippines last week said that more than 600,000 people visited the property during its ‘Sneak Preview’ period.

City of Dreams Manila has 981 hotel rooms under the Crown Towers, Nobu and Hyatt brands. One of its features is an entertainment centre designed by DreamWorks Animation SKG Inc, creator of the animated film franchises “Shrek” and “Kung Fu Panda”. The entertainment centre, called DreamPlay by DreamWorks, is set to open later this quarter, the casino operator told the Philippine Stock Exchange.

“The Philippines is a dynamic and fast-growing market and City of Dreams Manila has been specifically developed to cater both to domestic demand and destination visitors across Asia and internationally,” Melco Crown co-chairman, James Packer, said at a press conference on Monday.

In a note on Monday, analysts at UBS Securities Asia Ltd said minimum bet limits at baccarat tables “ranged from PHP5000 [US$113.4] to PHP500 on the mass floor”.

“The VIP sections with [about] 80 tables are located across the Crown tower, but have only soft opened with key fixed junkets room still under renovation,” said analysts Anthony Wong and Robin Farley.

“We believe the product and MPEL’s [Melco Crown’s] marketing will help bring regional demand into Manila, against increasing competition from other jurisdictions, e.g. in [South] Korea and Vietnam,” they added.

“We see CoD Manila as a significant product that will intensify competition in the local mass and slots segments, especially against older Manila casinos,” the UBS team said.

In a separate filing to the country’s bourse on Monday, Melco Crown Philippines said it has applied for a permanent casino licence with the Philippine Amusement and Gaming Corp (Pagcor), the country’s gaming regulator.

The operator of City of Dreams Manila said its subsidiary MCE Leisure Philippines Corp on January 30 applied for a permanent casino licence.

“As confirmed by Pagcor’s Gaming Licensing and Development Department, MCE Leisure and other co-licensees under the provisional licence have satisfied the minimum investment requirement of US$650 million,” Melco Crown Philippines said.

“Additionally, total investment is in excess of US$1 billion, which is the investment amount required for a licensee to apply for the issuance of a permanent casino licence,” it added.

Jorge Sarmiento, president and chief operating officer of Pagcor, was quoted in Monday’s press release as saying the casino operator “had exceeded our high expectations with the completion and opening of this stellar destination resort”.

“We are confident that City of Dreams Manila will play a key role in the future development of destination tourism to Entertainment City and Manila,” he added.

The Philippines is expanding its casino gambling market to meet regional demand. City of Dreams Manila is the second of four integrated resorts planned for Entertainment City, an area earmarked by Philippine authorities to become a casino district, and meant to emulate the success of Macau’s Cotai district.

Philippine gaming revenues could reach US$4.8 billion by 2017 when three of Entertainment City’s four casinos are running, according to Macquarie Group Ltd estimates, cited by Bloomberg.

Each Entertainment City resort has a minimum price tag of US$1 billion. The first property there, Solaire Resort and Casino, opened in 2013 and is owned and operated by Bloomberry Resorts Corp.

The decision by the Macau government to grant fresh 10-year licences to each of the city’s six incumbent casino operators has been welcome by top management at those firms. Each of the concessions... END_OF_DOCUMENT_TOKEN_TO_BE_REPLACED