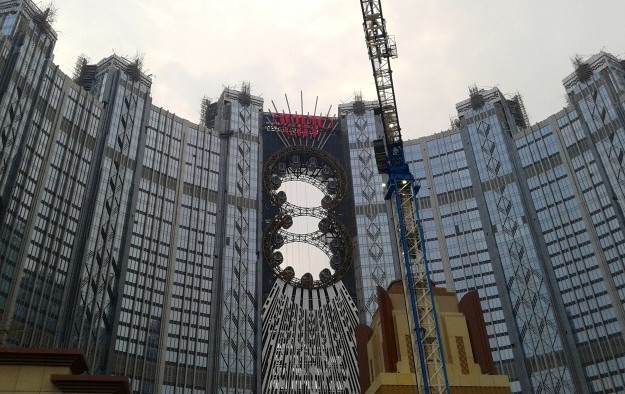 The company has organised a tour of the venue for the media, followed by a press conference in the afternoon that day.

Melco Crown is scheduled to announce on August 6 its second quarter earnings.

The US$3.2-billion Studio City is 60 percent owned by Melco Crown. No public announcement has been made so far on how many new-to-market gaming tables the Macau government will grant to the property.

In January, Lawrence Ho Yau Lung, co-chairman and chief executive of Melco Crown, confirmed during a media briefing that the property had been designed for 500 tables, and that the firm “hoped” to get as many as 400 early in the resort’s operation.

Rival Macau operator Galaxy Entertainment Group Ltd, 100-percent owner of the HKD19.6-billion (US$2.5 billion) Galaxy Macau property, received confirmation that the property’s second phase had received 150 new-to-market tables from the Macau government only days before that venue’s opening on May 27. Galaxy Entertainment had said the site had capacity for 500 tables.

Melco Crown has already made a number of announcements about the non-gaming elements at Studio City.

They include: a “collaboration” with shopping mall developer and operator Taubman Asia on a 27,871-square-metre (300,000-sq-foot) shopping mall; a 130-metre-high (427-foot) Ferris wheel, said to be Asia’s highest, nestled between the property’s two hotel towers; a 300-seat theatre, designed by American magician Franz Harary, as centrepiece of the resort’s ‘The House of Magic’ shows; more than 4,000 square metres of indoor event space with a ballroom capable of seating up to 650 guests per function; and a virtual reality ride called ‘Batman Dark Flight’, based on the DC Comics character and Hollywood film franchise.