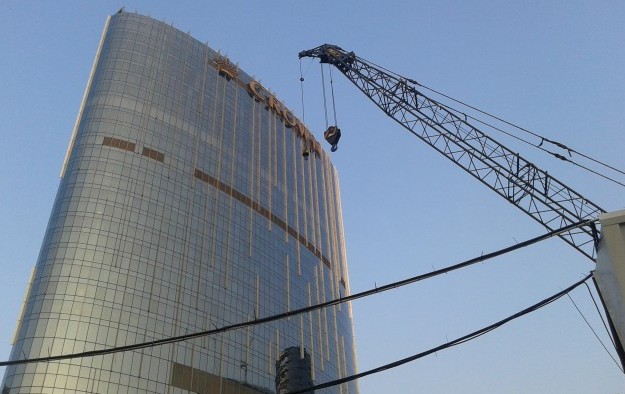 Macau-based gaming operator Melco Crown Entertainment Ltd on Wednesday said the majority of its shareholders approved the proposed delisting from the Hong Kong Stock Exchange (HKEx). An application for the voluntary withdrawal was submitted on January 2.

More than 95 percent of the shareholders voted in favour of the delisting plan at the extraordinary general meeting, Melco Crown said after market hours.

The company added that “subject to satisfaction of all conditions” the last day of dealings in the shares will be June 29, 2015, and the listing is expected to be withdrawn at 4pm on July 3, 2015.

The delisting still needs approval from the exchange’s listing committee.

In Macau, the firm is expanding the City of Dreams casino resort (pictured) in Cotai and building Studio City, due to open in mid-2015. Melco Crown is also a partner in City of Dreams Manila, a project that had an official opening last month.

The company said it wants to have its shares removed from the HKEx “for reasons of cost and utility”. It said some of the reasons for the proposed delisting was the lack of “appropriate opportunities to raise additional equity in Hong Kong” and the “very limited” volume of trading in its shares on that exchange.

The casino operator has said it intends to retain the primary listing of American depository shares (ADSs) on Nasdaq. After the Hong Kong delisting, existing Melco Crown shareholders will have the option of either still keeping the Hong Kong-issued shares or converting them into ADSs, which will continue to be traded on the Nasdaq in the United States.

“Reopening” of China relative to its current “Covid-zero” policy could start “in spring 2023” based on “three signposts” that could emerge after the 20th National Congress of the... END_OF_DOCUMENT_TOKEN_TO_BE_REPLACED