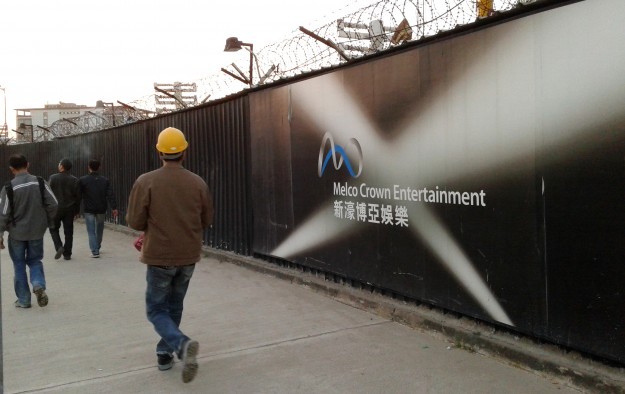 The company’s Chinese name will not be changed. But the group does intend to swap its Nasdaq ticker symbol from “MPEL” to “MLCO”. The effective date of the name change and the ticker symbol swap “will be further announced,” the company said in a press release.

The move was “subsequent to Melco International Development Ltd’s purchase of additional interest in, [and] thereby assumed majority ownership of, Melco Crown Entertainment in February 2017,” the press release added.

It was referring to a Hong Kong-listed firm controlled by entrepreneur Lawrence Ho Yau Lung that – alongside interests controlled by Australian businessman James Packer – was the founder in 2004 of what became the Melco Crown business that developed a portfolio of casino venues in Macau, namely Altira Macau, City of Dreams Macau and Studio City. The announcement that Melco International would take majority control of the business had been made in December.

Wednesday’s name change decision followed Melco Crown’s annual general meeting held that day in Macau. Following an earlier inquiry from GGRAsia, the company had told us in a March 14 email about the intended name change.

The firm, which also operates a casino in the Philippines, stated in its Wednesday press release: “Melco [International] now holds [an] approximately 51.3 percent stake in Melco Crown versus approximately 37.9 percent before. In light of this change, Melco Crown’s management proposed a special resolution on March 29, 2017 at the company’s annual general meeting, to change the English name of the company, and received shareholders’ approval.”

Melco Crown Philippines (Resorts) Corp – operator of the City of Dreams Manila casino resort in the Philippines – said in a February filing to the Philippine Stock Exchange that it was seeking to rebrand, dropping the ‘Crown’ moniker. It plans to change its name to Melco Resorts and Entertainment (Philippines) Corp, subject to shareholder and regulatory approval.

Paradise Co Ltd, an operator of foreigner-only casinos in South Korea, reported casino revenue of nearly KRW48.65 billion (US$39.8 million) for January 2023, according to a Thursday filing to the... END_OF_DOCUMENT_TOKEN_TO_BE_REPLACED