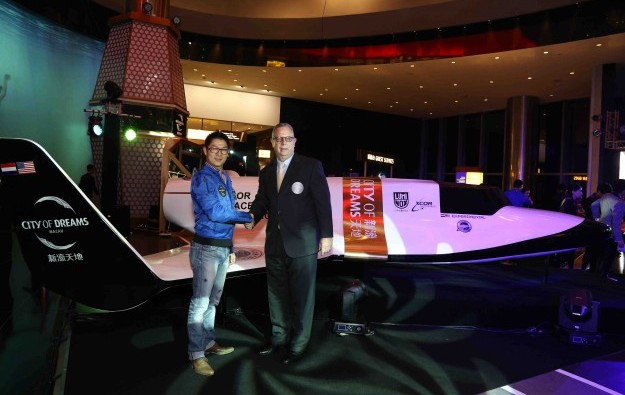 Casino resort City of Dreams, in Macau, announced on Tuesday a partnership with XCOR Space Expeditions that will see three customers sent to space.

“The Space Legend” campaign will kick off in November. City of Dreams will draw one winner every month for three consecutive months.

XCOR Space Expeditions is a Dutch firm founded in 2008 and offering one-hour suborbital flights to as high as 103 km (64 miles) above sea level. Flights are forecast to start during the second half of 2015, according to the company’s website.

The winners of the City of Dreams promotion will be taken to Curacao, an island in the southern Caribbean Sea that forms part of the Dutch Caribbean, for a five-day period including astronaut training and the actual space expedition.

Most of Macau’s casino operators are likely to generate positive free cash flow in the first quarter, given the robust recovery level of mass-market gross gaming revenue (GGR) in January, relative... END_OF_DOCUMENT_TOKEN_TO_BE_REPLACED