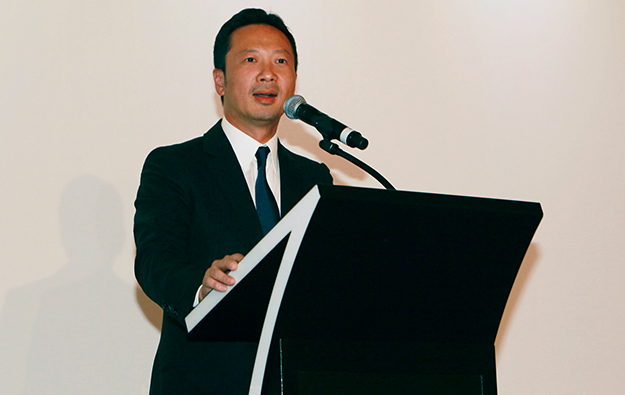 Melco Crown said it would not be naming a replacement COO. Lawrence Ho Yau Lung, chairman and chief executive of the company, will personally take on day-to-day operational leadership, according to Tuesday’s press release.

“Melco Crown has been actively evaluating its operations to optimise financial performance with a focus on improving its marketing initiatives and creating a more efficient reporting structure,” the company said.

Mr Chan had been appointed Melco Crown’s COO in February 2012. He was responsible for overseeing all business units of the group.

“We thank Ted for his many contributions to the company over the years, and we wish him all success in his future endeavours,” said Mr Ho in a statement included in Tuesday’s announcement.

The firm said it would be “using this opportunity to transform its leadership structure in a manner designed to streamline operations”. It did not say if the leadership restructure involved other changes.

“Melco Crown’s recent performance has improved, but I believe we have many more near-term opportunities to drive growth and profitability,” said Mr Ho.

“The new structure will allow for quicker decision making and reactions to a fast-changing market, which should make the company even more competitive in this challenging period of time,” he added.

In mid-September it emerged that JD Clayton – the president of Studio City casino resort in Macau’s Cotai district since the property’s pre-launch phase – had left, and that David Sisk, a former chief operating officer for Macau casino operator Sands China Ltd, had been hired by Melco Crown to assume that position. Studio City is 60-percent owned by Melco Crown.

Brokerage Sanford C. Bernstein Ltd mentioned in a Wednesday note that not only was Mr Chan departing, but also it had been confirmed that Alidad Tash, senior vice president of gaming operations and strategy, had also left the company.

“Chan’s resignation raises some concerns with respect to execution risk as all senior management changes have an element of uncertainty (especially in the short term),” said the note from analysts Vitaly Umansky, Zhen Gong and Yang Xie.

The memo added: “Chan had been [co-]COO since September 2010 (and prior to that president of Altira) and was instrumental in the repositioning of City of Dreams into a premium mass [gambling segment] powerhouse. It has also been confirmed that Alidad Tash, senior vice president of gaming operations and strategy has resigned from the company.”

Melco Crown last week reported a profit of US$62.0 million for the third quarter of 2016, an increase of 86.7 percent from the prior-year quarter.

The imminent return of package tours from mainland China will not only help boost Macau’s tourism businesses, but is also expected to help casinos gain more foot traffic in their mass gaming... END_OF_DOCUMENT_TOKEN_TO_BE_REPLACED