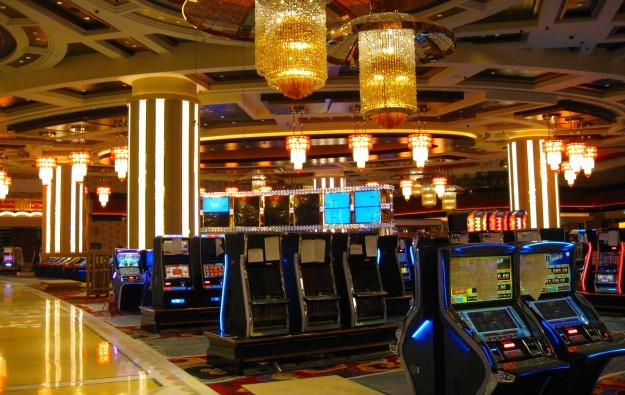 Lawrence Ho Yau Lung, co-chairman and chief executive of Melco Crown, said at the press conference that he hoped Studio City could open with 400 tables.

Deutsche Bank Securities Inc had mentioned in a note on July 31 the likelihood of Studio City being allocated 150 new-to-market tables by the Macau government, which operates a cap on the number of new tables allowed into the city’s casino market.

“We hope that the Macau government will reward us for the hard work we have put in over the years…..the amazing elements we have introduced to Studio City,” said Mr Ho on Wednesday.

Referring to the 150 new-to-market tables allocated to Galaxy Macau Phase 2 – a property of market rival Galaxy Entertainment Group Ltd and which opened on May 27 – Mr Ho said: “Of course we were very concerned – extremely concerned – about the table allocation that they got. So I think we are still hopeful that the government will reward us for our contribution [to Macau] over the past 10 years.

Asked if that meant an allocation of 400 tables at launch, Mr Ho replied: “Yes”.

The Melco Crown chief executive described Galaxy Phase 2 as “more of an extension, whereas this [Studio City] is really a standalone integrated resort”.

Mr Ho had earlier stated, regarding table allocations for new properties opening on Cotai: “Unlike some of our competitors who have had ridiculous requests [for tables] – 1,000, 700 or 500 – we have always been, for the last four years consistent that we would require 400.

“It’s in their hands,” he added, referring to the Macau government.

“Depending on our table allocation we have a very flexible layout in our gaming floor setup and so we can adjust to the [required] business model,” said the chief executive.

“Studio City was always built to take advantage of its location which is right next to the Lotus Bridge border [linking Cotai to Hengqin Island in mainland China] to focus on mass and have very high visitor traffic,” said Mr Ho. He also noted that while Macau receives many visitors from neighbouring Guangdong province, many mainland provinces further away were under penetrated by Macau’s casino operators in marketing terms.

Studio City also has facilities for well heeled visitors, including suites offering as much as 186 square metres (2,000 sq feet) of space. Its two hotel towers have been named the ‘Star Tower’ and the ‘Celebrity Tower’ in recognition of the venue’s Hollywood-style theme.

JD Clayton, property president of Studio City, said that the firm had started taking bookings for the 1,600 hotel rooms at the property from Monday this week.

The news of the opening date followed a hard hat tour given to the media on Wednesday, including a tour of the main casino floor, which like the exterior of the building, is designed in an Art Deco style (pictured). Reporters were not shown any VIP gaming areas, which were described as being still under final modification and screened from view. A company spokesman did indicate however that junket operations would be located on the main floor of the casino, unlike some of those found in venues run by rival operators.

Media representatives were also taken to the 22nd floor of the property to view the passenger entry point for the resort’s distinctive figure of eight Ferris wheel ride. It is one of its main non-gaming attractions and is nestled between the two hotel towers. A Melco Crown spokesman confirmed that the entry fee for the Ferris wheel will be MOP100 (US$12.50) for adults, and MOP80 for children. The property is designed to appeal in particular to mass-market visitors that might wish to see non-gaming attractions as well as play casino games.

Deutsche Bank Securities Inc analysts Carlo Santarelli and Danny Valoy said in a note released last week that in the current Macau gaming market, it was not essential for Studio City to open before a major holiday period.

A number of announcements had already been made about the non-gaming elements at Studio City.

They include a “collaboration” with shopping mall developer and operator Taubman Asia on a 27,871-square-metre (300,000-sq-foot) shopping mall; and the 130-metre-high (427-foot-high) Ferris wheel, said to be Asia’s highest.

The property will also have a 300-seat theatre, designed by American magician Franz Harary, as centrepiece of the resort’s ‘The House of Magic’ shows; more than 4,000 square metres of indoor event space with a ballroom capable of seating up to 650 guests per function; and a ‘Warner Bros. Fun Zone’ including a virtual reality ride called ‘Batman Dark Flight’, based on the DC Comics character and Hollywood film franchise.

Melco Crown, which also operates the City of Dreams and Altira Macau casino properties in Macau, along with City of Dreams Manila in the Philippines, reports its second quarter earnings on Thursday.