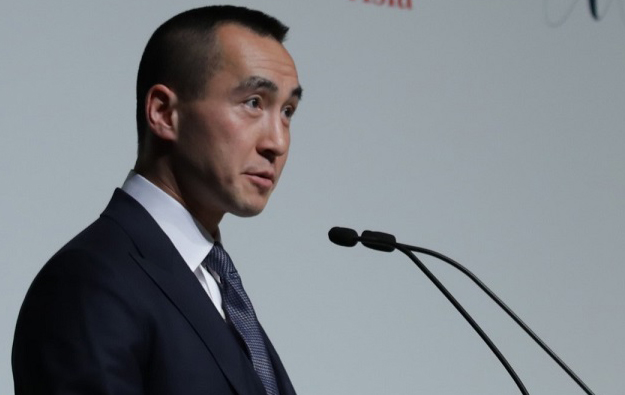 Melco Resorts and Entertainment Ltd’s exposure to the casino market and casino regulation in Australia – via the gaming group’s pending deal for an equity stake in Australian operator Crown Resorts Ltd – would “help us as we expand globally”. So said Lawrence Ho Yau Lung (pictured in a file photo), Melco Resorts’ chairman and chief executive, speaking on a Wednesday conference call for the group’s third-quarter earnings.

In a May memo – at the time Melco Resorts announced a deal worth up to AUD1.76 billion (US$1.22 billion) for up to 19.99 percent of Crown Resorts shares – brokerage Nomura said “Melco’s global ambitions may boost the company’s chances in Japan”.

On Wednesday’s third-quarter earnings call, Mr Ho was asked about how the Australian investment chimed with the group’s interests.

The CEO replied: “We believe Crown has great assets even on a world stage. And Crown Melbourne is probably one of the best examples of a successful urban revitalisation.”

Japan’s central government has identified the creation of casino resorts – known in that country as integrated resorts or “IRs” – as an element in boosting inward tourism and overall economic improvement in urban locations.

Melco Resorts is also building a major European casino resort – City of Dreams Mediterranean – on the island of Cyprus, which it says could boost off-season tourism.

Mr Ho noted in his group’s latest earnings call: “Quite importantly, in terms of our global expansion, Australia has some of the best-in-class regulatory regimes.”

He added: “We believe that once we get through the probity process there, it will continue to help us as we expand globally. So, I think all-in-all from the best-in-class assets [at Crown Resorts]; to the [Australian] regulatory regime… it all checks the boxes in terms of where we want to expand.”

Australia’s casino regulatory system has recently come under public scrutiny. It followed allegations in that country’s media that Crown Melbourne’s VIP operations had been exploited for considerable periods of time by criminals for the purposes of money laundering. In July the country’s federal government referred the media allegations to the Australian Commission for Law Enforcement Integrity.

In terms of how the Crown Resorts share acquisition would affect the balance sheet, Geoffrey Davis, Melco Resorts chief financial officer, said on the earnings call that – even assuming two tranches of stock are acquired in Crown Resorts – the shareholder dividend that would then be due from the latter firm “would more than service the debt” raised to help pay for the deal, so would be a “net-cash positive on an ongoing basis”.

His boss Mr Ho didn’t give any commentary on the just-announced pledge by Melco Resorts to invest in some non-gaming tourism amenities in Japan ahead of any decision on casino licensing. A maximum of three permits will be issued in a first phase of market liberalisation.

The CEO did give some thoughts on the group’s decision to target the city of Yokohama in order to win a licence from the national government and build a Japanese resort.

“We feel Yokohama is the best location – given the geography, infrastructure, accessibility – for a successful urban integrated resort…. This is an area… where we can best contribute,” said Mr Ho.

The Melco Resorts boss was asked by an analyst what progress the group had made in finding local partners. The Japanese authorities have hinted international operators are expected to form such alliances in order to pursue a licence opportunity in that country.

Mr Ho stated: “We’ve had a lot of conversations with potential partners. And the partners are naturally choosing amongst various global operators.”

He added: “Unfortunately, we don’t control the timetable on that basis. That is more based on the domestic consortium timetable.”

Earlier on the call, Mr Ho had reiterated that Melco Resorts already had what he termed “market-leading social safeguard systems” in its operations.

In an April announcement, Nasdaq-listed Melco Resorts said it had been using facial recognition technology at its Macau casino resorts since 2016, to assist with “self exclusion” of players, and was this year updating such technology in Macau and Manila in the Philippines – where the group operates City of Dreams Manila.

Japan has said would-be licensees must provide detailed plans on how they will protect consumers from risk of gambling problems: aside from the safeguards that must be established by the would-be host cities.