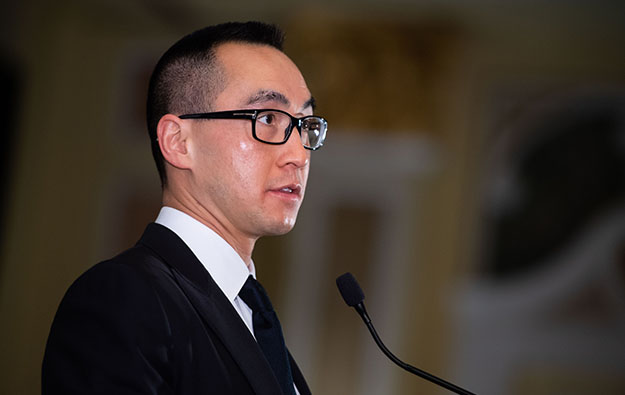 Lawrence Ho Yau Lung (pictured in a file photo), chairman and chief executive of casino investor Melco International Development Ltd, has been awarded share options in the company at an aggregate exercise price value of HKD29.85 million (US$3.8 million).

The price of the company’s Hong Kong-listed stock has dropped by almost one fifth over the past 12 months, according to Bloomberg data.

The 1.5 million share options awarded to Mr Ho have an exercise price of HKD19.90, according to a Wednesday filing. The market price of Melco International shares closed on Wednesday at HKD19.90, up 0.7 percent on the day, according to Bloomberg.

Seven other directors of the firm have between them been awarded a total of 1.07 million shares under option. Options on a further 542,000 shares have been granted to individuals not named in the filing.

Profits at Melco International increased by 10.2 percent in 2018, to nearly HKD522.6 million, the company said in a filing in late March.

Everi Holdings Inc, a slot machine maker and financial technology (fintech) provider for sectors including the casino industry, said in a Wednesday announcement that one of its long-standing... END_OF_DOCUMENT_TOKEN_TO_BE_REPLACED