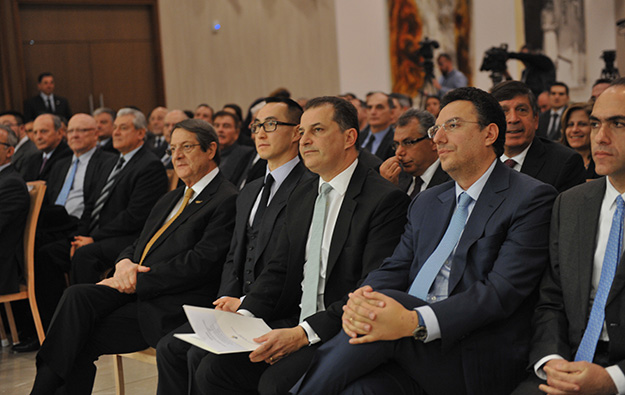 A casino project to be developed in the Republic of Cyprus by a consortium involving Asian casino investor Melco International Development Ltd is scheduled to open in “early 2021”, it was announced on Tuesday.

A temporary casino will operate in the chosen location – the southern coastal city of Limassol on the Mediterranean island – until the official launch of the permanent property, to be called “City of Dreams Mediterranean”, the consortium partners said in a joint press release. No opening date for the temporary facility was disclosed in the document: local media reports say it will start operations by June.

The consortium – initially also involving U.S.–based casino operator Hard Rock International Inc – received in June 2017  a 30-year casino licence from the Republic of Cyprus government. After 15 years of exclusivity for the winner, competing licences might then be issued to other parties. The initial single licence also allows the holder to build a satellite casino and three slot parlours in that country.

The casino resort – the nation’s first – is “the biggest tourism development in Cyprus with a total investment of EUR550 million [US$657 million],” the partners said in the joint press release.

The property – dubbed in the document as “Europe’s biggest integrated casino resort” – will feature 136 tables and 1,200 gaming machines, according to the promoters. It will include: a hotel with villas and 500 hotel rooms; 11 restaurants and cafeterias; a wellness centre; a sports centre; a pool area; and retail. In addition, it will offer 9,600-square metres (103,000 sq feet) of meeting and convention space, the release said.

“In the same way as we delivered in Macau and the Philippines, we build with local partners, invest in extraordinary world-first architecture and design, create sophisticated entertainment experiences, and embed state-of-the-art technology into everything we do,” Melco International’s Mr Ho (pictured, centre left) said in a statement included in the release.

The consortium partners mentioned in the document estimates that the casino resort would attract “an additional 300,000 tourists a year” to Cyprus.

The release added: “The financial impact of the project on the Cyprus economy is expected to be approximately EUR700 million a year, which is around 4 percent of the country’s annual gross domestic product, after the second year of the integrated resort’s operation.”

The property will reportedly generate “around 4,000 local job opportunities during the construction phase”, with approximately 2,500 jobs created once the casino resort is fully operational.