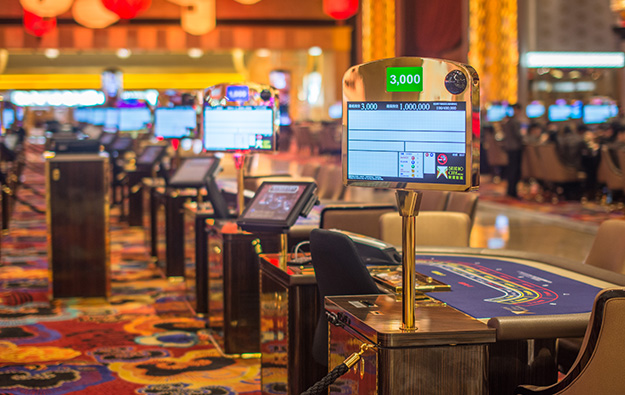 Two more Macau casino operators have announced the payment of a mid-year bonus to their respective eligible employees.

Melco Resorts and Entertainment Ltd said in a Friday press release that it would pay a “one-time special award” – equivalent to one month of base salary, plus guaranteed tips – on August 30, 2019 to all eligible non-management staff.

Melco Resorts chairman and chief executive Lawrence Ho Yau Lung said in a prepared statement: “With deep roots in Macau, we are pleased to offer this special award to our employees to celebrate the achievements of the 70th year of the establishment of the People’s Republic of China, and 20th year of the establishment of the Macao Special Administrative Region, as well as the industry-defining awards won as a result of the collective efforts of Melco employees.”

Also on Friday, MGM China Holdings Ltd announced it would grant a “one-time special award” to eligible team members, which it said would cover 95 percent of the firm’s current workforce.

The casino operator – the local unit of U.S.-based MGM Resorts International – said the bonus was equal to one month’s salary and wouldl be paid on September 25, 2019. For staff with under one year of service, the award will be calculated on a pro-rata basis, stated MGM China.

MGM China’s CEO Grant Bowie was quoted in a Friday release as saying that the company was excited to welcome a “double celebration” in the coming months. He was referring to the 70th anniversary of the People’s Republic of China and the 20th anniversary of the Macao Special Administrative Region.

He added: “To celebrate these auspicious milestones, we are pleased to offer this special award to our team members in recognition of their dedication and hard work.”

As of Friday, all of the city’s six gaming licensees had publicly announce a pay rise for its staff exclusive of its senior management.

For Macau’s casino operators, so-called “winter” and “summer” bonuses – typically with a linkage to the amounts payable in normal monthly salary – have been discretionary awards for eligible non-management staff, dependent on company trading conditions.