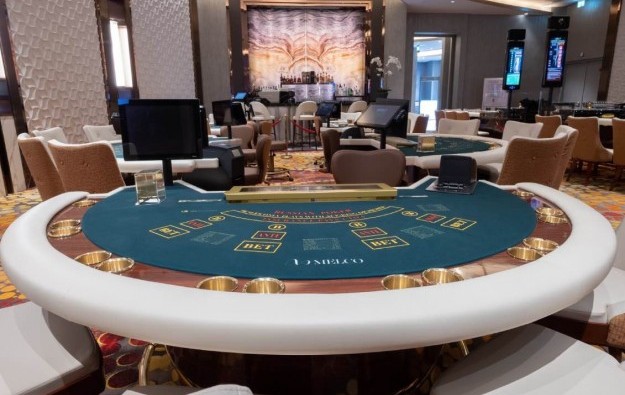 A new satellite casino in Ayia Napa, Cyprus, as permitted under a gaming licence awarded to a consortium including Melco International Development Ltd, is scheduled to open “this summer”. That is according to an April 4 press statement issued by the Hong Kong-listed casino investor.

“Cyprus Casinos Ayia Napa” – to be known as C2 Ayia Napa for short – is due to provide an initial 35 job positions, according to the announcement.

In June 2017 the Republic of Cyprus, which controls the southern portion of that Mediterranean holiday island, gave a 30-year casino licence to the Integrated Casino Resorts Cyprus Ltd consortium, which has Melco International as a partner. The licence allows the holder to build as many as four satellite casinos in addition to the main property, which is to be known as City of Dreams Mediterranean.

Construction for the latter, on a 37-hectare (91.4-acre) site in Limassol on the south coast of Cyprus, is due to begin this month and is scheduled to be completed “within 2021”, Melco International mentioned in a previous release.

In advance of the main Limassol resort, an interim facility dubbed by the promoters C2 Limassol was launched in June 2018. The consortium subsequently opened two satellite casinos in December that year, namely in Nicosia, the capital city, and at the Larnaca International Airport, near the port city of Larnaca on the south coast of Cyprus.

The fourth satellite casino promoted by the consortium is due to be at Paphos.

Currently, Melco International employs “more than 800 people” across its Cyprus gaming venues, with the majority of those workforce being locals, according to the firm’s April 4 statement.

Macau is to create distinct zones on its casino floors and designated gambling chips that will be solely for the use of players from overseas. The moves will be part of a new gaming tax system to... END_OF_DOCUMENT_TOKEN_TO_BE_REPLACED