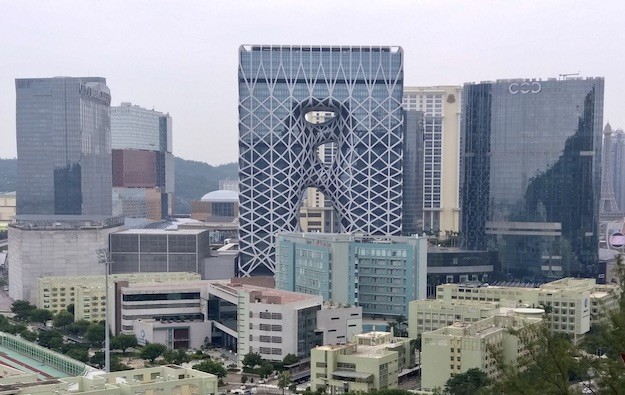 The third-quarter net loss attributable to Melco Resorts was US$331.6 million.

Bad debt provision – mostly connected with gambling directly managed by the company rather than via third-party junkets according to Geoff Davis, chief financial officer – leapt in the third quarter, to US$32 million, versus US$10 million in the same quarter last year.

A note from Vitaly Umansky, Tianjiao Yu and Kelsey Zhu, analysts at Sanford C. Bernstein Ltd said the bad debt provision was “largely tied to direct VIP, and partly due to slow return of players – who often repay debts when they wish to come back to Macau”.

They added: “Bad debt should start to reduce as more players return.”

Melco Resorts’ total operating revenues for the period between July and September were just under US$212.9 million, up by 21 percent from the second quarter, said the firm in its quarterly earnings statement issued on Thursday.

David Bain, an analyst at Roth Capital Partners LLC said in a note shortly afterward that Melco Resorts had reduced its target for EBITDA break-even, “to a mid- to high-20s of percent level of normalised revenue, from 30 percent to 35 percent, and premium mass continues to lead the Macau recovery”.

Melco Resorts’ operating revenues were nonetheless down 85 percent from US$1.44 billion in the prior-year period.

“The decrease in total operating revenues was primarily attributable to softer performance in all gaming segments and non-gaming operations as a result of the Covid-19 pandemic, which resulted in a significant decline in inbound tourism in the third quarter of 2020,” said Melco Resorts.

Macao registered around 750,200 visitor arrivals between July and September, down by 92.4 percent from the same period of 2019.

Melco Resorts reported a net loss of just under US$331.6 million compared to a profit of nearly US$83.2 million in the prior-year quarter. The casino operator’s loss for the three months to September 30 was however smaller than the second-quarter’s US$368.1 million.

The group’s chief executive Mr Ho said in remarks contained in Melco Resorts’ results filing that he was “encouraged by the recent positive developments” such as the spending-stimulus scheme for mainland China tourists coming to Macau launched by the government on September 1.

“We continue to prudently manage our balance sheet,” he said.

Melco Resorts stated that as of September 30, it had cash and bank balances amounting to approximately US$1.9 billion, up by US$0.7 billion from July 30.

It had undrawn revolver facilities of approximately US$1.7 billion, after issuing new senior notes and offering Studio City shares to existing shareholders.

Despite “softer performance in all gaming segments and lower non-gaming revenue” at Studio City, Lawrence Ho said construction on the resort’s expansion “is progressing.”

The government of Cyprus, where Melco Resorts is building its City of Dreams Mediterranean flagship venue, announced a 11pm to 5pm curfew from Thursday through the end of the month.

The company’s City of Dreams Manila resort in the Philippines posted a positive third-quarter adjusted EBITDA of US$5.2 million, down from US$49.9 million in the prior-year quarter. Revenues were US$43.4 million, compared to US$130.5 million in the third quarter of 2019.

Melco Resorts stressed that City of Dreams Manila has been conducting a trial run of its gaming and hospitality operations with a limited number of participants since June 19, despite a community quarantine imposed on March 16.

Lawrence Ho reiterated the firm’s “unwavering commitment” to getting a Japan licence and building “the best IR the world has ever seen”.

But Melco Resorts’ boss admitted that “the process in Japan has been substantially delayed and remains complex”.