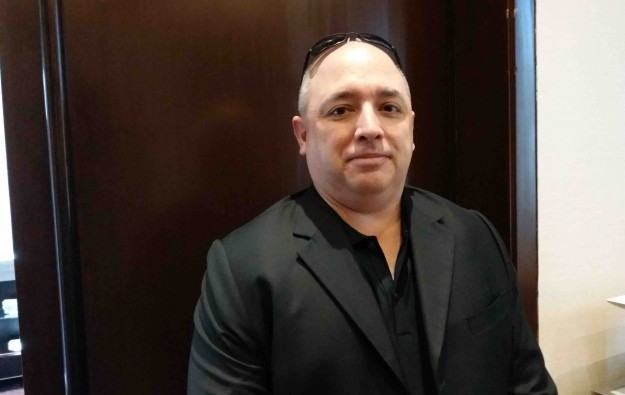 Casino developer Melco Resorts and Entertainment Ltd says it is ready and able to deploy gantries with facial recognition cameras at the entry points of its existing casinos if required by regulators in markets where it operates.

Such entry gantry systems are “ready to be deployed when we have a jurisdiction that says that’s what they want,” said Avery Palos (pictured), senior vice president and chief information officer of Melco Resorts.

He was speaking to GGRAsia on the sidelines of the Global Gaming Expo (G2E) Asia @ the Philippines casino trade show and conference in the Philippine capital Manila, following a keynote presentation on use of digital technology in casino operations.

Melco Resorts has been using facial recognition equipment for casino floors in the Macau market for some time, but not specifically via entry gantries. The firm does currently use facial technology to identify individuals who shouldn’t be on the gaming floor. It is also introducing such technology – also initially without entry gantries – in the Philippines, according to corporate information.

The casino operator has developed such equipment as part of its MelGuard suite of hardware and software technologies, and currently has an eye on using the potential of digital consumer oversight and transaction-custody technology in its bid for a casino licence in Japan. There the local authorities have been showing keen interest in harm mitigation efforts in relation to gambling and to responsible gaming, as well as to the financial integrity of the industry.

Melco Resorts currently is a licensee in the Macau market, and operates – via a subsidiary – City of Dreams Manila in the Philippines. The group has also won – as a leading partner in a consortium – a monopoly gaming licence in the Republic of Cyprus and is currently constructing City of Dreams Mediterranean there.

In an April announcement, Nasdaq-listed Melco Resorts said it had been using facial recognition technology at its Macau casino resorts since 2016, to assist with “self exclusion” of players, and was this year updating such technology in Macau and Manila in the Philippines

In late June, Macau’s casino regulator – the Gaming Inspection and Coordination Bureau, a body also known as DICJ – confirmed in a statement emailed to GGRAsia that “some” of the city’s casino concessionaires were using facial recognition technology inside their gaming venues.

The regulator added that such testing “needs to follow related privacy protection laws strictly, and can only be used for the protection and safety of persons and property”.

On Wednesday in Manila, Mr Palos told GGRAsia: “We are strong believers – particularly on a compliance standpoint – that things like facial recognition are critical to operations. There are just too many faces out there, and you can’t expect a security guard to memorise a book of faces… and have the force to stop someone who shouldn’t actually be coming in.”

In June last year, Macau’s DICJ told GGRAsia that enforcement of a local ban on Macau casino employees entering any local gaming floor outside work hours would be the responsibility of casino operators via monitoring by their security staff, rather than via use of “technological measures” – at least at first.

In the West, use of digital technology to monitor and control what goes on in casinos often focuses on issues of personal privacy for consumers.

Melco Resorts’ Mr Palos says what also must be weighed is the duty of the industry and regulators to keep the financial information of individual players and the industry out of the wrong hands, such as hackers.

“You could write a record on a single database, but if its centrally managed and controlled, that does actually give more opportunity for it to be manipulated, hacked or modified,” he stated.

By using distributed ledger or ‘blockchain’ technology, “it becomes exponentially more difficult to modify or ‘hack’,” he added.

The imminent return of package tours from mainland China will not only help boost Macau’s tourism businesses, but is also expected to help casinos gain more foot traffic in their mass gaming... END_OF_DOCUMENT_TOKEN_TO_BE_REPLACED