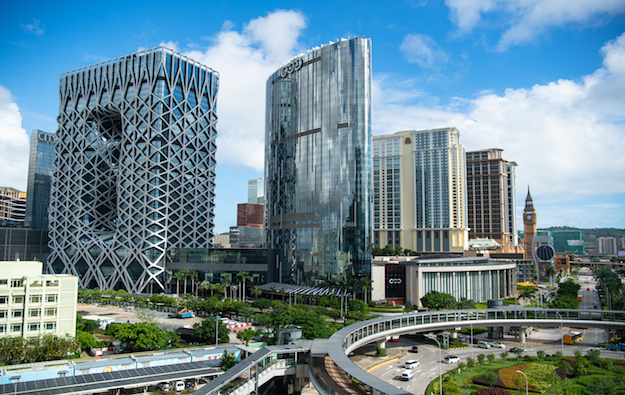 The second-quarter net loss at casino operator Melco Resorts and Entertainment Ltd rose 35.4 percent year-on-year, to just under US$251.5 million, from nearly US$185.7 million. Judged quarter-on-quarter, the net loss was up 37.2 percent from the almost US$183.3 million in the three months to March 31.

“Our results for the second quarter of 2022 were heavily impacted by the Covid-19 pandemic and the restrictions imposed across mainland China and Macau,” said Lawrence Ho Yau Lung, the group’s chairman and chief executive, in prepared remarks accompanying the results filed in the United States on Thursday.

But at City of Dreams Manila, a casino resort in the Philippine capital, run by the group, which has been able to operate at 100 percent capacity since March amid easing of Covid-19 restrictions there, second-quarter revenue doubled year-on-year.

Melco Resorts also announced on Thursday it was spending US$152.7 million to repurchase just under 10 million units of its common stock, and 25 million of the group’s American depository shares, which are each equivalent to three ordinary shares.

The purchase is from Melco Leisure and Entertainment Group Ltd, a unit of Hong Kong-listed Melco International Development Ltd. As a result of the private sale, Melco Leisure’s holding in Melco Resorts will – once the deal is closed – fall from 55.86 percent of Melco Resorts’ outstanding shares, to 50.36 percent.

The group’s normally-core market, Macau, faced its largest community outbreak of Covid-19 since the start of the pandemic toward the end of the second quarter. The outbreak – which started on June 18 and continued into July – resulted in tightened travel rules between Macau and neighbouring Zhuhai in the Chinese mainland’s Guangdong province.

Melco Resorts’ group operating revenues for the second quarter were US$296.1 million, down 47.7 percent from US$566.4 million for the comparable period in 2021. Judged quarter-on-quarter, they slipped 37.7 percent from US$474.9 million in the three months to March 31.

The group’s adjusted property earnings before interest, taxation, depreciation and amortisation (EBITDA) were negative by US$13.8 million, versus positive adjusted EBITDA of US$79.1 million in the prior-year quarter. Adjusted EBITDA for the first quarter this year had been a positive US$56.0 million.

In Cyprus, where the group is building the City of Dreams Mediterranean casino resort, “some difficulties” with the contractor had led to a slippage of the construction timetable.

“We have experienced delays due to some difficulties that we have encountered with our contractor, who has struggled to resource the project and was not able to achieve some of the pre-agreed completion dates for various aspects of the project,” said Mr Ho during the quarterly earnings conference call on Thursday.

He added on the call: “At this point in time, based on recent progress, we expect to open in early second quarter 2023, subject to regulatory approvals. However, this remains a fluid situation and we are continuing to look at ways to expedite the situation.”

Total operating revenues at Cyprus Casinos for the second quarter were US$21.7 million, compared to US$10.0 million in the prior-year period.

Second-quarter adjusted EBITDA in Cyprus was US$5.6 million, compared to a negative US$0.8 million in the second quarter of 2021.

The year-over-year increase “was primarily a result of the relaxation in Covid-19 related restrictions in Cyprus while casinos were temporarily closed for 1.5 months during the second quarter of 2021 due to government mandated restrictions,” said the group.

Macau’s casino gross gaming revenue (GGR) for the first five days of February is estimated at MOP1.9 billion (US$235.1 million) – or MOP380 million per day – a level that suggests a “45... END_OF_DOCUMENT_TOKEN_TO_BE_REPLACED