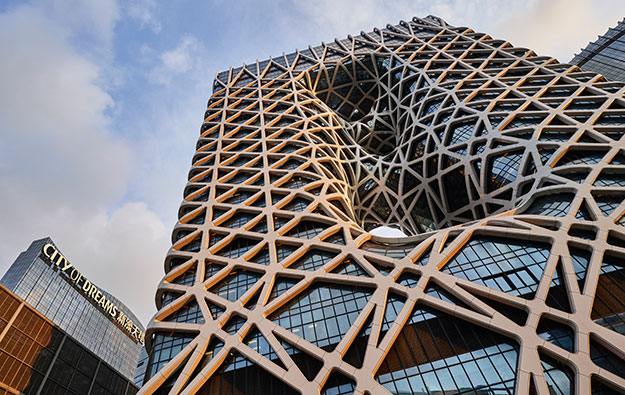 Asian casino developer and operator Melco Resorts and Entertainment Ltd reported on Tuesday second-quarter net profit of US$57.3 million, up by 56.9 percent compared with US$36.5 million in the prior-year period. The improved result was despite a low hold rate in the mass segment, said the firm.

The company – which operates casinos in Macau and Manila – said its adjusted property earnings before interest, taxation, depreciation and amortisation (EBITDA) rose by 8 percent year-on-year to US$355.5 million in the three months to June 30.

“The year-on-year improvement in adjusted property EBITDA was mainly attributable to the higher contribution from City of Dreams Manila and Altira Macau,” said Melco Resorts in a filing.

The improvement in quarterly EBITDA was despite a decline in revenue in the reporting period. The firm said second-quarter 2018 revenue fell by nearly 5 percent year-on-year to US$1.23 billion. Melco Resorts said such decrease was primarily attributable to “higher commissions reported as a reduction in revenue upon the company’s adoption of a new revenue recognition standard issued by the Financial Accounting Standards Board” in the United States, where Melco Resorts is listed.

Operating income for the second quarter of 2018 was US$118.1 million, down 7 percent compared with operating income of US$127.4 million in the comparable period of 2017.

Capital expenditure for the second quarter was US$165.5 million, predominantly related to the opening on June 15 of the US$1.1-billion Morpheus hotel tower (pictured) at City of Dreams Macau, as well as to other improvements to that property.

Nasdaq-listed Melco Resorts increased its normal quarterly dividend payment by 7 percent to US$0.04835 per ordinary share, equivalent to US$0.14505 per American depositary share (ADS). The dividend will be paid on August 15, it said.

“Melco Resorts reported second quarter results in line with estimates, but maybe not as bad as some had feared,” said brokerage Sanford C. Bernstein Ltd, adding that hold and bad debt reversal had impacted the company’s second-quarter EBITDA.

The firm’s management attributed the low hold in the mass segment to bad luck and construction disruption prior to the Morpheus opening.

“Beyond Morpheus, the relaunch of City of Dreams included extensive renovation on the mass gaming floor,” noted Mr Ho. The CEO said the revamp in the VIP area on the second floor of City of Dreams Macau “is ongoing”, with the company planning “to open these upgraded VIP gaming spaces over the next nine months”.

“We will also commence the renovation of Nüwa after the Chinese New Year with the rolling refurbishment of the hotel anticipated to conclude before Chinese New Year 2020,” added Mr Ho. Nüwa – formerly Crown Towers – is located at City of Dreams Macau.

The firm’s management said additionally that it expects to start the redevelopment of The Countdown hotel at City of Dreams Macau in the second half of 2019. “That involves a complete overhaul of the interior, which will take roughly 18 months to complete,” stated Mr Ho.

Analyst Grant Govertsen of Union Gaming Securities Asia Ltd said the brokerage expected the fourth quarter this year “to be the big breakout for City of Dreams Macau, as Morpheus continues to ramp and puts the property on track to get back to nearly US$1 billion in EBITDA next year”.

Rolling chip volume at City of Dreams totalled US$10.5 billion for the second quarter of 2018, versus US$12.2 billion in the comparable period of 2017.

“I think we’ve had very bad luck in the second quarter … but at the end of the day we don’t think there’s anything fundamentally wrong with how we’re operating. It’s purely luck,” said Mr Ho on the conference call.

Studio City – 60 percent owned by Melco Resorts – generated adjusted EBITDA of US$73.2 million for the three months to June 30, versus US$80.7 million a year earlier.

On the conference call, Melco Resorts management said it was currently in the process of developing the detailed design for Phase 2 expansion of Studio City, targeting to begin work in the second half this year.

“We are against the clock to get started on the construction because at the end of the day Studio City Phase 2 is close to 2.5 million square feet [232,257 sq metres] development and to do it in three years including all the regulatory approvals from the various departments is no easy feat,” said the company CEO.

In the second quarter, Altira Macau showed strong gains in both VIP and mass-market revenue, with adjusted EBITDA reaching US$18.3 million, compared to US$5.1 million in the prior-year period.

For the quarter ended June 30, net revenue at Altira Macau was US$123.1 million versus US$107.6 million a year earlier. Rolling chip volume at the property totalled US$4.8 billion in the reporting period, up 20 percent year-on-year; mass-market table drop amounted to US$131.9 million, compared with US$91.9 million for the second quarter 2017.

Net revenue at City of Dreams Manila for the quarter ended June 30 was US$173.9 million, compared to US$176.2 million a year earlier. The Philippine casino resort generated adjusted EBITDA of US$87.3 million in the second quarter of 2018 compared to US$62.8 million in the prior-year period, supported by a high VIP win rate during the reporting period.

Rolling chip volume totalled US$3.0 billion for the three months to June 30 versus US$3.2 billion a year earlier; but the rolling chip win rate was 3.7 percent in the second quarter of 2018 versus 3.5 percent in the year-ago period.

It is likely that Macau will shortly have a third round of citywide centre-based Covid-19 testing in little more than a week, after the results so far of a second mass test – that was due to finish... END_OF_DOCUMENT_TOKEN_TO_BE_REPLACED