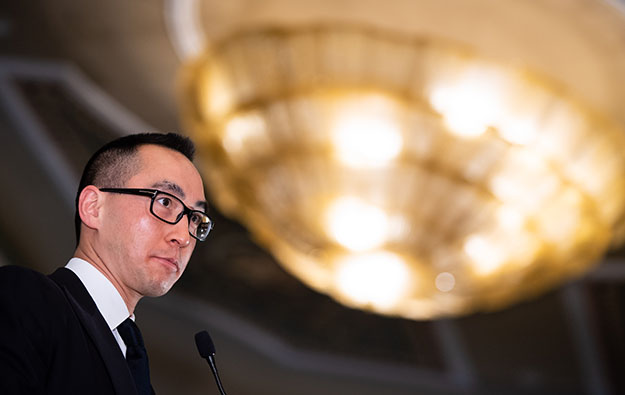 Asia casino developer and operator Melco Resorts and Entertainment Ltd on Tuesday reported a 57.7 percent year-on-year increase in profit for the fourth quarter of 2018.

The Nasdaq-listed company said net income for the three months ended December 31 was US$128.0 million, compared with US$81.2 million in the fourth quarter of 2017.

The firm’s board also declared on Tuesday an increased quarterly dividend of US$0.0517 per share (equivalent to US$0.1551 per American depositary share) for the fourth quarter of 2018, following a revision of its dividend policy. The dividend will be paid on March 4 to shareholders on record as of March 14.

Net revenue for the fourth quarter of 2018 was approximately US$1.40 billion, representing a year-on-year increase of nearly 4.8 percent. The company said in a press release that the improved performance “was primarily attributable to higher group-wide rolling chip and mass market table games gross gaming revenues, partially offset by higher commissions reported as a reduction in revenue” upon the company’s adoption in 2018 of a new revenue recognition standard.

Adjusted property earnings before interest, taxation, depreciation and amortisation (EBITDA) for the three months ended December 31 was US$425.2 million, up by 25.1 percent from the prior-year period. The figure was a new record for Melco Resorts, the firm stated.

“Melco Resorts reported fourth-quarter results above estimates as a result of better hold across all properties,” brokerage Sanford C. Bernstein Ltd said in a note commenting on the casino operator’s results.

More property upgrades on the way

The US$1-billion Morpheus hotel tower at the City of Dreams Macau property opened in June 2018. It was designed by the late Zaha Hadid, a celebrated architect.

Mr Ho stated: “The opening of Morpheus only marks the beginning of the relaunch of City of Dreams. On top of that, we have recently unveiled the significantly-upgraded VIP gaming spaces on the second floor of City of Dreams.”

In a conference call with investment analysts following the results announcement, Melco Resorts’ management provided some more details on the revamped VIP areas at City of Dreams Macau.

“We’ve increased the size of the space and created a lot more private rooms for our various junket operations,” City of Dreams Macau property president David Sisk said. “We’ve got probably five of the junkets open in those spaces now. There’s some other junkets that will trail along as we get towards into the second quarter here.”

During the conference call, Mr Ho confirmed that the Nüwa hotel at City of Dreams Macau – previously known as the Crown Towers – would “soon” begin a “rolling refurbishment”, the upgraded hotel rooms expected to come online over the next 18 months.

“Earlier in January we opened the pop-up Legend Heroes Virtual Reality Park, paving the way for the opening of the 50,000 square feet [4,645 sq metre] permanent venue later in the year,” Mr Ho announced during the conference call. “Finally, the Flip Out Trampoline Park will be unveiled at Studio City in the next few months.”

He added that phase two of the group’s majority-owned Studio City – still on the drawing board – was expected to have two hotel towers, a water park, a cineplex and additional gaming space.

Melco Resorts expects to spend an aggregate of about US$350 million on new projects in 2019, according to management. That is in addition to an anticipated US$165 million capital expenditure on maintenance, stated the group’s chief financial officer Geoffrey Davis.

“As the upgrades to City of Dreams begin to take hold, and with a much rosier outlook for Studio City in the out years as it expands and reaches more of a critical mass within the non-premium mass segment, we are maintaining our ‘Buy’ rating on shares of Melco Resorts,” said analyst Grant Govertsen of Union Gaming Securities Asia Ltd, in a note on Tuesday.

The boss of Melco Resorts discussed a recent new round of rules on foreign currency transactions announced by China’s central government late last month. The Chinese authorities issued on January 31 a judicial interpretation of laws regulating some types of foreign currency transactions. The terms of the pronouncement took effect on February 1, and seem to be aimed at underground banking operations in mainland China according to media reports. Some investment analysts have said it is still too early to say whether the rule interpretation might have an affect on Macau gambling business.

“The law has always existed,” Mr Ho said. “What China has done is really crystallised the punishment and the severity of this.”

Mr Ho added: “I think it’s a bit too early to tell because after all it was only recently announced, but in any case we’ve been in close dialogue with our junket partners, and we’ll monitor it very closely over the next few weeks, next few months. For now, we don’t see any major concern.”

The imminent return of package tours from mainland China will not only help boost Macau’s tourism businesses, but is also expected to help casinos gain more foot traffic in their mass gaming... END_OF_DOCUMENT_TOKEN_TO_BE_REPLACED