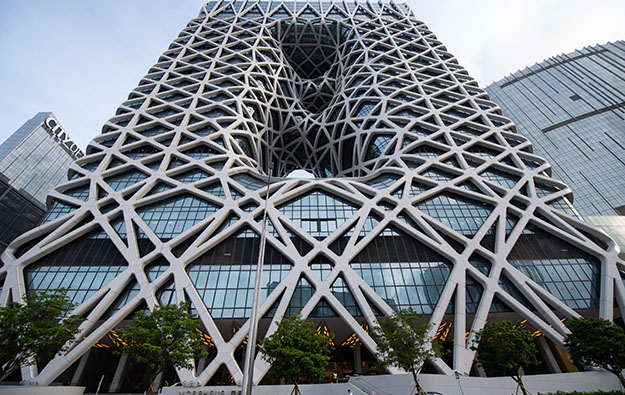 The news was given in an emailed reply from the local regulator, the Gaming Inspection and Coordination Bureau – also known by its Portuguese acronym DICJ – in response to an inquiry from GGRAsia.

Melco Resorts “applied for new gaming tables with us and we already granted 40 new-to-market mass gaming tables to [the firm] on January 1,” said the gaming bureau in a Friday email.

MGM China Holdings Ltd also got on January 1 the 25 new-to-market live-dealer gaming tables to which it was entitled for its casino resort MGM Cotai, confirmed the city’s casino regulator. The email reply however did not clarify whether those were for the mass-market or the VIP segment.

Shortly before the HKD27-billion (US$3.4-billion) MGM Cotai opened in February last year, Macau’s Secretary for Economy and Finance, Lionel Leong Vai Tac, said the property was to receive 125 new-to-market gaming tables; 100 of them in time for its launch.

The government official said at the time that MGM Cotai would be granted the additional 25 new-to-market tables on January 1, 2019.

Melco Resorts launched in June last year Morpheus (pictured), a new US$1.1-billion hotel at its City of Dreams Macau casino resort. The property – also featuring gaming – was not allocated any new-to-market gaming tables by the Macau government for its official opening. Instead, Melco Resorts was allowed to shift 40 tables from existing operations to Morpheus.

At the time, the regulator said the property would only be considered for new-to-market tables in 2019.

The Macau government would continue to “strictly control the number of gaming tables” in the market “to foster orderly development” of the city’s gaming industry, stated the regulator in its Friday email to GGRAsia. “Comprehensive analysis and consideration will be made by the government upon receiving any application for new gaming tables from gaming operators,” it added.

Macau has had in a place since 2013 a gaming table cap policy, designed to limit compound annual growth in the number of new live gaming tables in the city’s casino market to 3 percent over a 10-year period, until December 2022.

Investment analysts have said the policy was conceived as a measure to cool the growth of the Macau gambling market’s gross gaming revenue.

As of the end of 2018 – the most recent available data from the gaming regulator – there were 6,588 live-dealer tables in the Macau market.