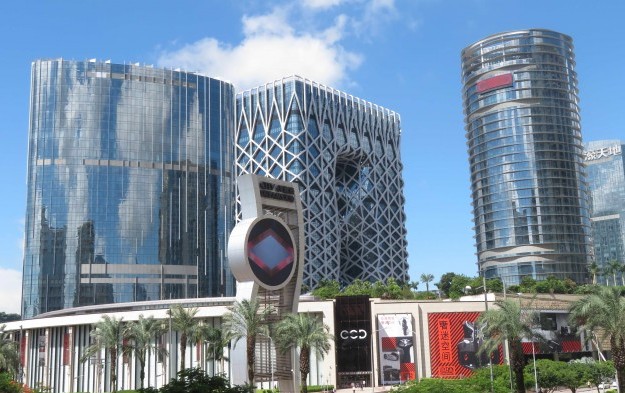 Casino developer Melco Resorts and Entertainment Ltd has reported a first-quarter net loss of US$364.0 million, compared to a net profit of nearly US$120.1 million in the prior-year period. The company said revenue for the period ending March 31 was about US$811.2 million, down 41.4 percent compared to just above US$1.38 billion in the corresponding period last year. The revenue for the period was helped by a high hold percentage in its gaming operations, according to a Thursday press release.

The Nasdaq-listed company reported adjusted earnings before interest, taxation, depreciation and amortisation (EBITDA) of US$75.3 million for the first quarter, compared to US$413.5 million in the first quarter of last year – a decline of 81.8 percent.

In Thursday’s statement, Melco Resorts said the decrease in operating revenues was “primarily attributable to softer performance in all gaming segments and non-gaming operations as a result of the temporary casino closure in Macau and enhanced quarantine and social distancing measures to mitigate the Covid-19 outbreak in the first quarter of 2020.”

The company operates Altira Macau, Studio City and City of Dreams (pictured) in Macau; a chain of venues with electronic gaming machines called Mocha Club throughout Macau; the City of Dreams Manila in the Philippines; and a number of small gaming venues in Cyprus.

The firm’s quarterly results came amid widespread disruption to casino operations around the world due to the novel coronavirus pandemic. The Macau market had a 15-day shutdown during the quarter.

The group’s operations in the Philippines and Cyprus remain suspendend due to lockdown measures introduced by the national governments in both countries. In the Republic of Cyprus, Melco Resorts’ majority-controlled unit will only be allowed to resume gaming operations in mid-July.

In prepared comments released with the results, Melco Resorts chairman and chief executive Lawrence Ho Yau Lung said that to “preserve liquidity” in light of the coronavirus pandemic and in order to “continue investing” in the group’s business, the firm’s board “decided to suspend the company’s quarterly dividend programme”.

“This is a prudent course of action given current conditions. Melco remains committed to returning capital to shareholders with a regular quarterly dividend and will evaluate the resumption of its quarterly dividend as the operating environment evolves,” added Mr Ho.

Melco Resorts confirmed recently to GGRAsia that the firm’s chairman and CEO was forgoing his salary for the remainder of 2020, and that the rest of the executive team was reducing salaries by 33 percent. The company also saw the departure of a number of senior executives, amid the negative impact of the Covid-19 pandemic on the group’s business.

In late April, the company sold its entire 9.99-percent stake in Australian casino operator Crown Resorts Ltd. The sale was at a 37.3-percent discount compared to the price Melco Resorts paid in May last year.

Mr Ho also said that with Covid-19 “posing unprecedented challenges” to the global tourism and casino industries, Melco Resorts “continues to manage its balance sheet in a prudent manner”. As of March 31, the company had cash and cash equivalents of over US$1.2 billion, stated the CEO. With a new senior facilities agreement announced in April, Melco Resorts had an undrawn revolver capacity of approximately US$1.6 billion, he added.

Mr Ho said that the group remained committed to its development programme, including the expansion of its majority-owned Studio City complex. The executive added that the company was still keen in bidding for a casino licence in Yokohama, in Japan.

On Thursday, the company said however that it expected that, due to the impact of Covid-19, “additional time will be needed” to complete the construction of Phase 2 of Studio City and of its flagship casino resort in Cyprus. The latter scheme was scheduled to open in 2021.

In its published analysis of the results, Melco Resorts said first-quarter group-wide casino revenue fell by 40.5 percent year-on-year, to nearly US$712.6 million.

City of Dreams in Macau generated adjusted EBITDA of US$61.0 million in the opening three months of 2020, down 73.3 percent from the prior-year period. Rolling chip volume at that property was US$8.65 billion in the reporting period, versus US$10.25 billion in the first quarter of 2019. Mass-market table games drop decreased to about US$570 million, compared with US$1.32 billion a year earlier.

The Studio City property, also in Macau’s Cotai district, generated negative adjusted EBITDA of US$9.4 million in the first quarter of 2020, compared with positive EBITDA of US$96.4 million in the prior-year period. “The year-over-year decrease in adjusted EBITDA [at the property] was primarily a result of softer performance in all gaming segments,” said the promoter.

Studio City’s rolling chip volume was US$1.38 billion in the period and mass-market table games drop stood at US$352.8 million, down respectively 48.1 percent and 58.6 percent in year-on-year terms.

The group’s operations in Cyprus reported operating revenues of US$18.8 million in the first quarter of 2020, compared to US$21.3 million in the prior-year quarter. Adjusted EBITDA fell 52.2 percent year-on-year, to US$3.2 million.

Package tours from mainland China to Macau will resume on Monday, February 6, confirmed Macau’s Secretary for Economy and Finance, Lei Wai Nong, in a Friday press conference. The return of package... END_OF_DOCUMENT_TOKEN_TO_BE_REPLACED